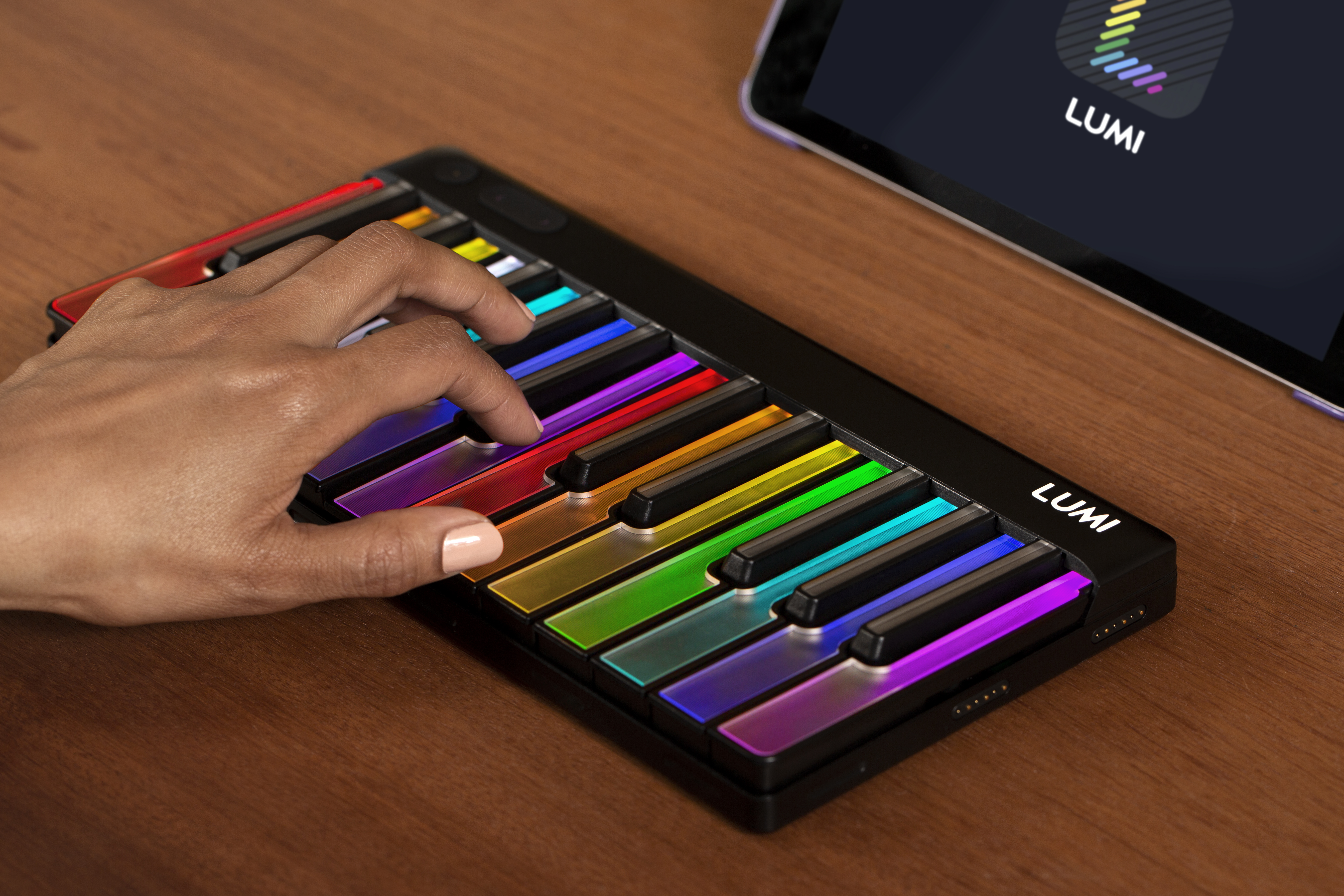 The makers of some of the most innovative keyboards of the last decade are back, with a new colourful keyboard for turning beginners into pro players.

The LUMI is a brand-spanking new keyboard from musical innovators ROLI. Aimed at beginners and learners, the new keyboard promises to make it easy to jump straight into learning and playing the keys in an innovative new way.

The LUMI uses colours that light up each key to help beginners understand where to play and when. This allows you to jam along to songs in no time with light up action connected to an interactive app that guides you through playing so you can learn as you play.

The app takes a Guitar Hero approach to playing so that it’s simple to see what notes to play and when. This approach makes it simple for users to dive straight in without worrying about their musical knowledge.

Fun and interactive lessons will take you through the fundamentals of playing in an accessible way. As you get better you can progress onto harder pieces, use coloured notes and eventually sheet music. You can even improvise along to songs with chords and notes in the song’s scale lit up.

With the LUMI keyboard you can learn wherever you are at any time. Thanks to it’s size and lightweight design it’s simple to slip into your bag and take it on the go. Don’t waste your long journeys, learn some piano. (Unless you’re driving, then focus on the road!)

ROLI have been impressing us for years with their expressive keyboards that have helped transform the traditional keyboard into a new kind of instrument using the power of MIDI and touch. Their new instrument moves away from innovation and takes things back to basics to teach newbies how to play in an accessible way.

The LUMI keyboard comes from the response to ROLI’s first keyboard, the amazing Seaboard. ROLI’s CEO and founder, who created the Seaboard, Roland Lamb said: “I’ve met lots of people who have told me that they felt inspired by the design and innovation of the Seaboard and BLOCKS, but wanted a solution that would be approachable for an absolute beginner.”

ROLI’s LUMI is currently on Kickstarter so they can reach out to fans and help fund the creation for as many people as possible. Nab your own for as cheap as £147 / $187 with deliveries estimated in October:
https://www.kickstarter.com/projects/playlumi/lumi-the-smarter-way-to-learn-and-play-music