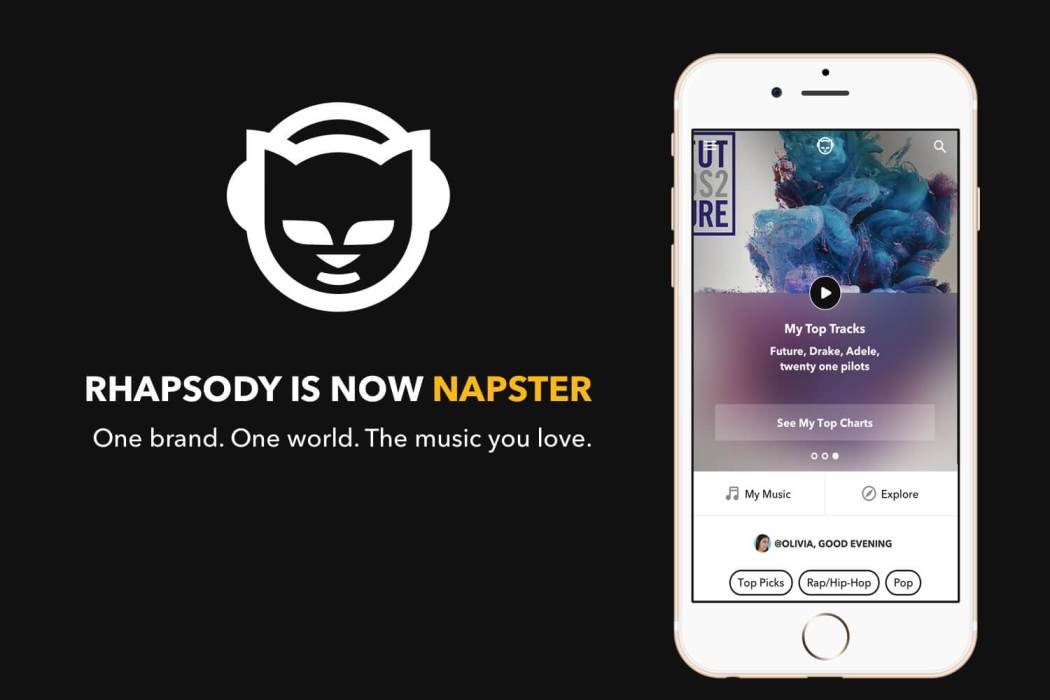 Last month it was revealed that Rhapsody would be rebranding themselves as that old music pirate Napster, but with legality – now it’s final.

Rhapsody made their online success as the pioneers in unlimited music streaming for a monthly cost, launching in the stone age of digital music back in 2001. Despite an impressive legacy of competitors they eventually became overshadowed by more popular alternatives that dominate the industry today like Spotify and Apple Music.

Refusing to lie down and take defeat though, the company decided to rebrand themselves as the popular file-sharing service of times past – Napster. Rhapsody bought Napster in 2011 after a long downward spiral for the service due it’s legal issues, in particular with music piracy thanks to it’s open platform for file sharing.

Now the transition is final and Rhapsody is no more, and Napster have gracefully returned as a legitimate music service. The company has worked to make the changes seamless so that existing music libraries are maintained and the app is changed via an update rather than introducing a new one.

The Napster name reflects our 15-year mission to deliver the best way to discover, share and listen to the music you love, anytime, anywhere. As one global brand, Napster customers can also tap into the power of our Listener Network, which lets listeners around the world create, find and follow playlists in the same way friends used to swap mixtapes and CDs.

So whether you’re backpacking in Patagonia, sunning on the isles of Greece or sipping on cappuccinos in Florence, you can connect with friends and a global community of music fans with one click to find new music you love. In other words, your next favourite playlist could be from someone sitting next to you or a fellow like-minded music fan in Monte Carlo.

The rebranding to Napster doesn’t just bring with it a new name and logo as their iOS and Android apps are coming with some nice new improvements. The most immediate change you’ll see is a new home page that presents you with recently played music, personal charts, and favourites so you can jump straight into your music. With their Global Listener Network integrated into the app you can explore the music that other people love.  Additionally the Explore section has been improved so you have direct and extensive access to loads of music alongside an improved search to make browsing easier.

To our customers and partners across the globe, THANK YOU for being part of our global community. You power our global Listener Network that makes Napster the world’s best music streaming experience. We’re excited to roll out a new look and feel that celebrates our passion for music itself and the community and emotional connection it cultivates.

Napster are offering a 30-day free trial for their service to customers in the US. If you aren’t a subscriber you can try it out from us.napster.com.