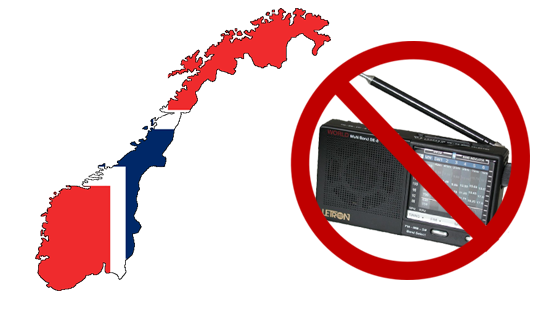 Today marks a giant moment for music and in particular radio, which Norway will no longer broadcast outside of digital stations – the first country to nationally shut off radio signals.

Today the radio signals across Norway will start to go quiet as they become the first country to completely get rid of analogue radio. Starting at 11:11 AM in Norway (05:11 AM ET), in the town of Bodø the shutdown will commence in a process that is assumed to be completed by the end of the year.

Norway’s Ministry of Culture say the decision came about as the older format of broadcasting radio signals doesn’t make sense in a modern era, in particular as the country’s 5 million inhabitants are so spread apart that the cost of reaching everyone outweighs the benefits. The country won’t be left in silence however as the country will prioritise Digital Audio Broadcasting (DAB) as their source of radio which offers better quality, more choice and more importantly a more sustainable format.

Norway has 20 national digital radio channels that they can tune into whereas analogue radio before offered only 5. The government also revealed that 70% of Norwegians had already converted to digital stations. Whilst all the national stations will be closing their FM channels the country takes no issue with local stations that wish to continue broadcasting on FM channels, so you Norwegians don’t have to chuck your non-digital radios out the window yet.

Norway’s government plans to use the savings made by switching to digital radio to fund more and better programming for broadcasters. Head of Digitalradio Norge, Ole Jorgen Tormark said: “The main reason behind the big technological change is that we want to offer a better radio service to the entire population.”

Some feel that the decision may be coming prematurely however, stating that over 2 million cars don’t include digital radio meaning they may not receive emergency traffic messages which can be vital considering the country’s winter weather. Additionally you can’t help but feel bad for all those with an analogue car radio’s whose commutes are about to get a lot more boring.

It will be interesting to see how Norway’s analogue switch-off works for the country as the first nation to go for it. Germany had planned to go digital by 2015 but it was voted against in 2011 but MPs.