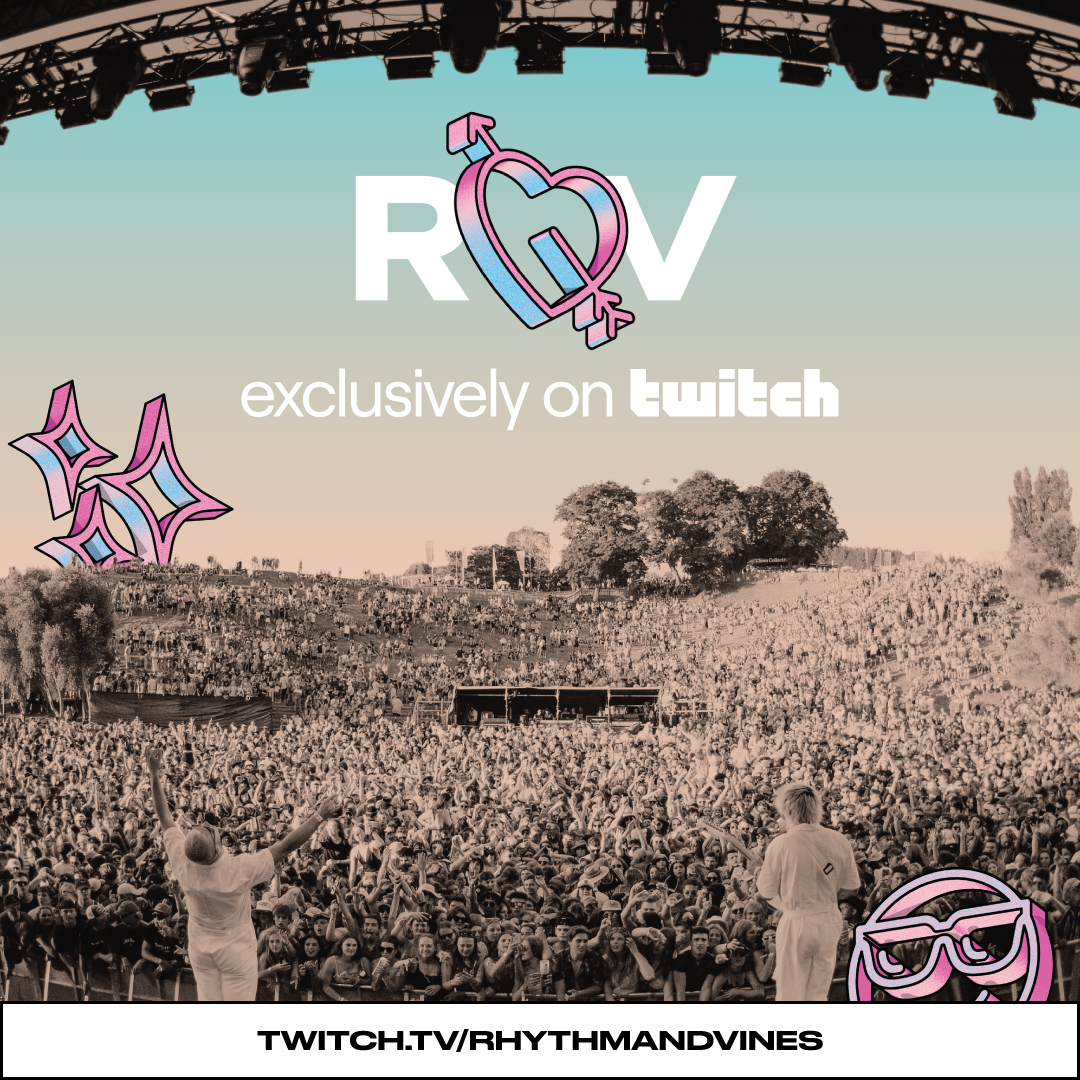 Rhythm & Vines Will Stream To The World Exclusively Via Twitch

For many across the globe the New Years is looking a little unpredictable to say the least. Personally I am not even imagining any form of NYE celebration outside of the comfy confines of my house. However, countries such as New Zealand, who through strict lockdown measures have managed to return to life as normal. Live music is back on as normal and they live in a mask-less world, an almost alien concept for most of us.

Many of us will be looking for some normality to cradle us into 2021, a year already looking shaky at best. Thankfully, New Zealand’s largest New Year’s Festival, Rhythm & Vines will be streaming their event exclusively via the streaming giant Twitch, which is mostly known for it’s gaming streams.

The festival wants to give a little back, knowing that all across the world many of us haven’t been able to enjoy festivals or live music. It’s an open invite for us to join the 23,000 attendees celebrate the new year and some live music.

Each night of the festival, that starts on December 29th we will see a number of live and pre-recorded performances from headline acts as well as a wave of independent and emerging artists. The 5 hour showcase will be filmed and edited into  highly produced spectacle, streaming from 8pm each night. In addition to this the festival will also have the New Year’s Eve countdown.

It’s a chance for the festival to showcase Gisborne and the world class venue that is Waiohika Estate. The stream will be hosted by the popular Twitch streamer Ron Plays Games, who boasts 50,000 fans of his own.

If you’re wanting to get the feel of a venue whilst celebrating New Years then this could be the stream for you. Lets face it, you may as well line up some indoors entertainment as there is no chance that Blighty will be out partying, nor most countries at that.