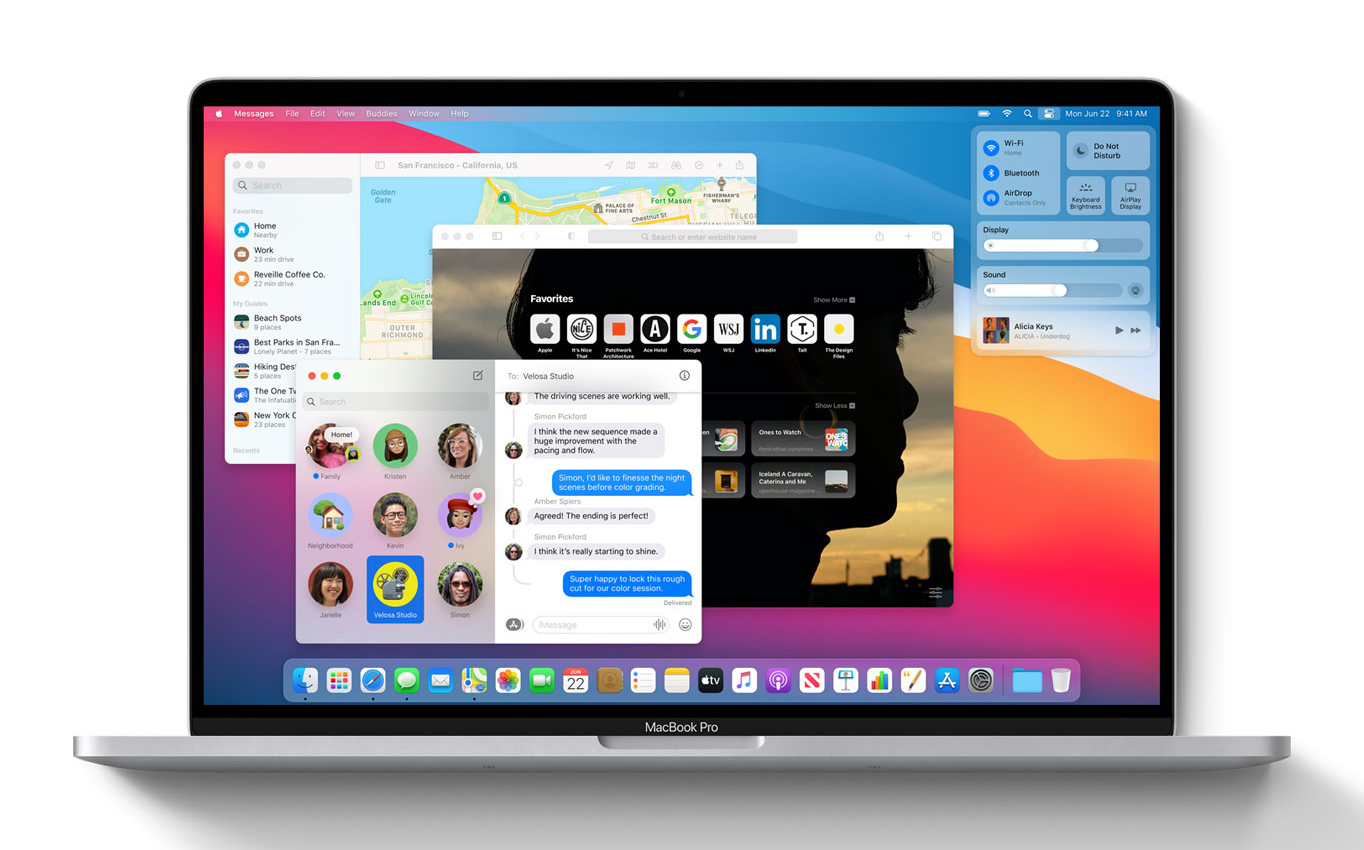 The online-only WWDC showcased some of the impressive software updates Apple have been working on. Here are all the highlights from the macOS 11 Big Sur update.

macOS 10 was publicly released in 2001. Nearly 20 years later, and macOS 11 provides a whole new interface. Almost every aspect macOS has changed in some way, with a new dock, rounded corners everywhere, more transparency, translucent menu bar, more drop shadows, new app icons, new system icons and new sounds. The redesign has received mixed feelings all-round. The entire OS seems to be suited for touch now, which could indicate touch screen Macs or an eventual merger of iOS or macOS in some shape or form. Expect rounded displays coming to Macs in the near future, much like iPhones and iPad Pros.

Control Center comes to the Mac, with toggles for Wi-Fi, Bluetooth, music, Dark Mode and more.

Notification Center collates notifications and redesigned widgets in one view.

Maps gets a whole new design, similar to iPad’s.

Safari has new security benefits, including monitoring tracking and letting you know if a saved password has been compromised in a data breach. You can now give extension access for only one day, one website or always on all sites. Customize the start page with a wallpaper and tabs are redesigned.

Developer betas are ready to install today, with public betas coming in July. We can expect to see the public release to everyone in the fall. Find details here on all the other big announcements at WWDC 2020.