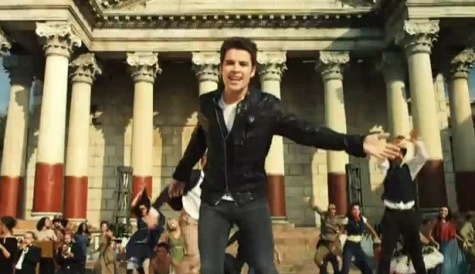 It has only taken him a year, but Joe McElderry (2009 X Factor winner) is about to launch his debut album.  “Ambitions,” a cover of a #1 single by Norwegian band Donkeyboy, is McElderry’s lead single from debut album Wide Awake (out in the UK on October 25).

It seems like winning the X Factor, which is just a basic kareoke competition, means that for the rest of your music career you need to sing cover songs! Wow, what a prize.