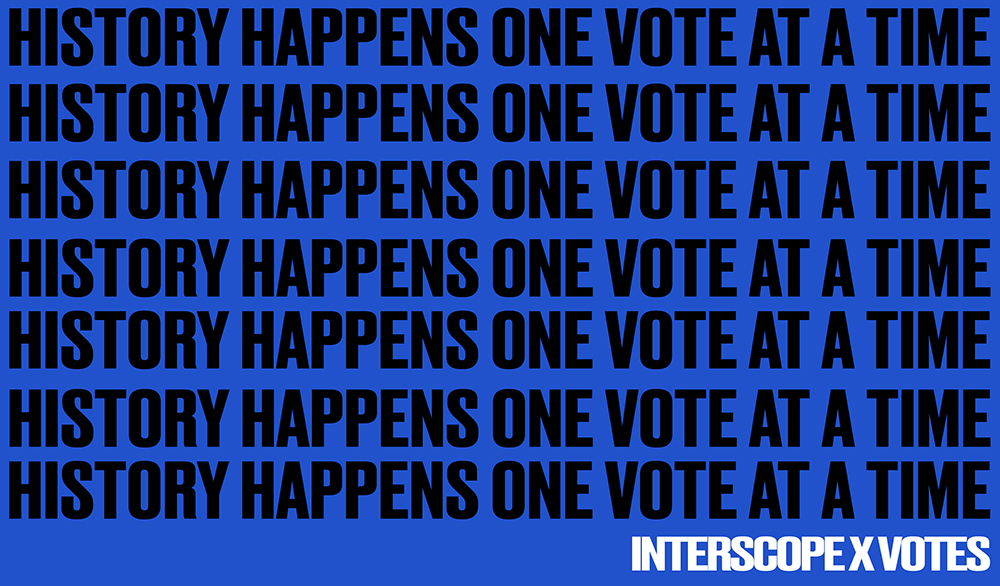 The record label is home to Kendrick Lamar, Lady Gaga, Eminem and many more. Their new initiative is encouraging people to get out and vote.

Interscope Geffen A&M, one of Warner Music Group’s subsidiary record labels, wants to encourage United States citizens to get out and vote. Their new campaign is called Interscope X Votes and promotes early and mail-in voting.

With the big US election only weeks away and fraught with passion from all sides, Interscope aim to help poll workers who are currently in shortage. They have partnered with Vote Early Day, When We All Vote, Black Voters Matter, and Voto Latino.

The record label, which is home to some of the world’s biggest artists included Kendrick Lamar and Lady Gaga, cites low voter turnout in 2016 as the reason for their initiative. Only 56% of US citizens eligible to vote cast their vote in the last election.

The label’s vice-chairman, Steve Berman said: “Low voter turnout is a problem in the best of times, but coupled with the global pandemic, this year will be especially challenging. Interscope X Votes aims to reach all voters – including first-time voters, people who might not consider themselves political, or those who believe their vote doesn’t matter – with a message of hope and optimism: This is our chance to stand up, raise our voices and make sure we’re heard.”