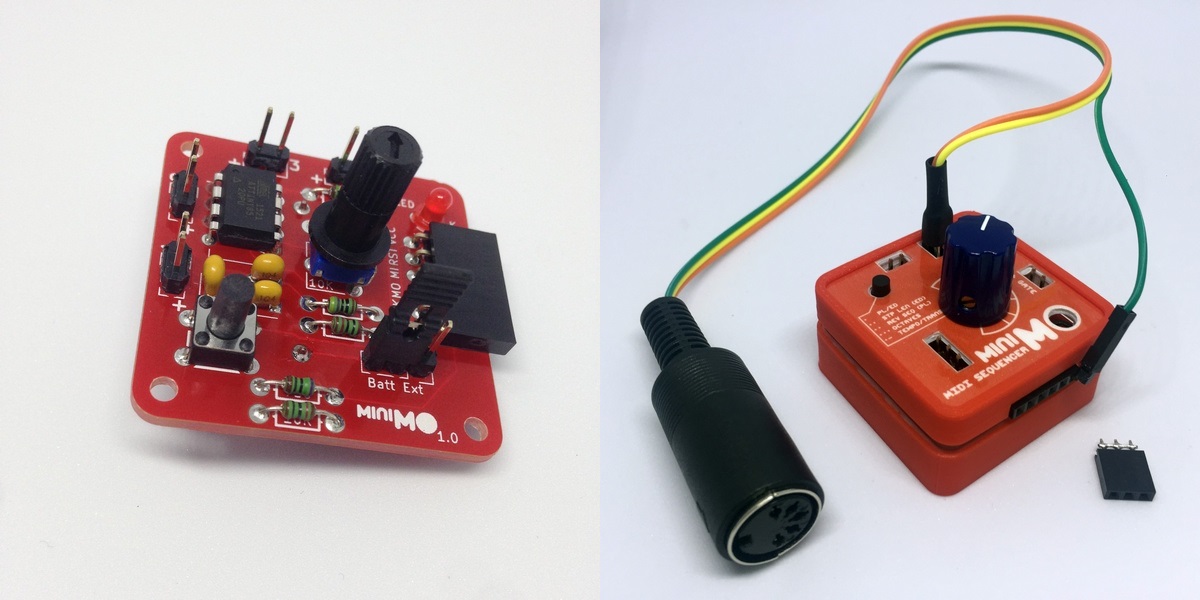 miniMO is a tiny synth that made modular synths affordable and simple, now it’s getting MIDI connections and a sequencer.

Created by developer Jose Gonzalez (no, not that one), the miniMO brought modular synthesizers into your hands, like it literally fits in your palm. Now Gonzalez is back with an accessory to transform the possibilities of miniMO.

Gonzalez has created midiMO, an accessory for miniMO that introduces a MIDI output for unlimited fun. The accessory connects up with Gonzalez’s new step sequencer software for the miniMO which lets you completely create and customise your own patterns with the miniMO. With the midiMO you become the proud owner of probably the smallest sequencer in the world.

The midiMO is also incredibly affordable, at just €12.36 with free shipping, and an assembled midiMO is only €25. The midiMO gives you:

Gonzalez says of his products: “I want to encourage people to have a go at modular synths without a fear of breaking the synth, or the bank. For the average price of a typical module you can buy, or build yourself, several miniMOs, which you then load with programs according to your interests. Want to try three LFO’s? Reprogram three of your modules – no need to buy more dedicated units.”

The midiMO is the new kid on the block but if you don’t already know about the fascinating (and wickedly cheap) miniMO synth then find out more from the miniMO site: minimosynth.com/product/minimo_module/