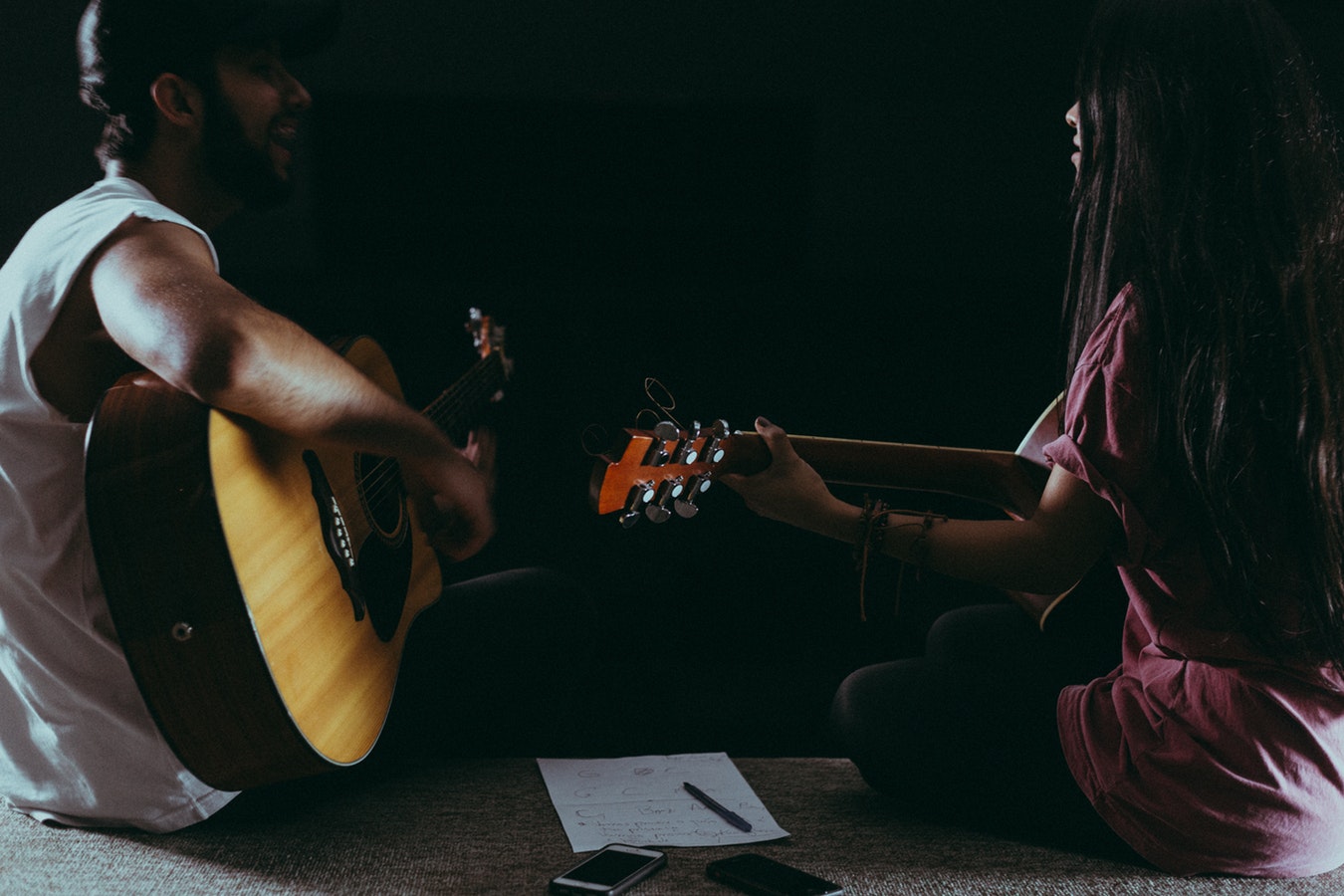 Even if you’ve written one hundred songs before, sitting down to write a song can be one of the hardest things to do as a musician. Whether it be finding inspiration, finding the right key, hearing which chord comes next, or the message you want to convey there are lots of things you can do to make sure that you’re songwriting in a way that works for you.

Here are 20 great tips to aid you in writing your next masterpiece or hit single from some of the world’s biggest and most accomplished musicians.

Some people can just sit down and begin piecing a creation together, other people need to be in a certain mindset. Either way there needs to be an inspiration behind what you’re writing. This may be in the shape of an idea that you’re expanding upon mentally or it could be the surroundings you put yourself in as you write your song.

Billy Joel speaks on how he likes to position himself when writing, saying: “I find I write best when I sit myself down, have a coffee, go into wherever my space is, and I have to have something that I like to look at because there’s a lot of dead time in the writing process… I like to have a view of the ocean.”

Globally beloved and honoured poet and songwriter Leonard Cohen however finds the idea of inspiration trivial, stating before his death: “Inspiration is for amateurs – the rest of us just show up and get to work. A writer who waits for ideal conditions under which to work will die without putting a word on paper.”

Getting the pen to paper

Once you’re in the frame of mind to write, or if you’re a Leonard Cohen type just have access to a pen and paper, it’s time to put lyrics, melody and chords down and start crafting your song. Everyone has a different method for writing their music and it’s important to find what works for you. Here’s some of the world’s favourite hit-makers’ advice on making an idea reality.

Music veteran and worldwide icon Stevie Wonder is often mentally crafting songs no matter where he is or what he’s doing. He says: “I can’t say that I’m always writing in my head, but I do spend a lot of time in my head writing and coming up with ideas. And what I do usually is write the music and melody and maybe the basic idea, but when I feel that I don’t have a song, I just say ‘God please give me another song,’ and I just am quiet, and it happens, and it’s just amazing.”

Pop legend, John Legend, says: “I just try to go with what feels right musically and melodically. I’ll sometimes establish the musical format of the song and the melody of the song within the first ten minutes of the original idea coming to me… I think music should dictate the lyrics always.”

Grammy-award winning folk hero Jackson Browne used other people’s music to help him come up with lyrics to an existing melody, sharing: “I used to write extra verses to other people’s songs that I liked. That led to writing my own songs.”

The order in which you put the pieces together are totally dependent on you and could even change from each song that you write. Bob Dylan has the order in which he comes up with his content cemented, confirming: “I consider myself a poet first and a musician second.”

Deciding when a song is finished

The hardest part of creating anything as an artist is deciding that it’s finished. It’s easy to constantly tweak and expand upon your ideas but part of being an artist is letting your piece be complete and final.

Breakout singer-songwriter Hozier is a believer in knowing when your song has come together in a way that works. His philosophy is: “Sometimes you just kind of collect lyrical and musical ideas and don’t actually complete the song until you feel like they work together and have a home.”

Meanwhile Beatle Paul McCartney thinks the importance of your throne and solitude is understated, claiming: “The trick is to go off on your own and finish it. Seperate yourself from others. Toilets are good for that.”

Stay true to yourself and your passion

No matter what you’re creating as an artist the most important thing is that you’re doing it because you want to and you’re passionate about it. Stay true to your craft through the writing process and whatever the result will be representative of your artistry.

Multi-talented singer-songwriter, actress and author Sara Bareilles lives by an ethos: “Nothing makes me more panicky and rage-filled than the worry that I’ve done something in order to position myself for business over the art.”

The purple Prince and one of the most legendary songwriters of our time, Prince defines the most important thing about songwriting as: “Attention to detail – like the right words and notes in the right places – that makes the difference between a good song and a great song.”

If you have your own methods for songwriting share them below and maybe you’ll inspire someone to write their next hit.