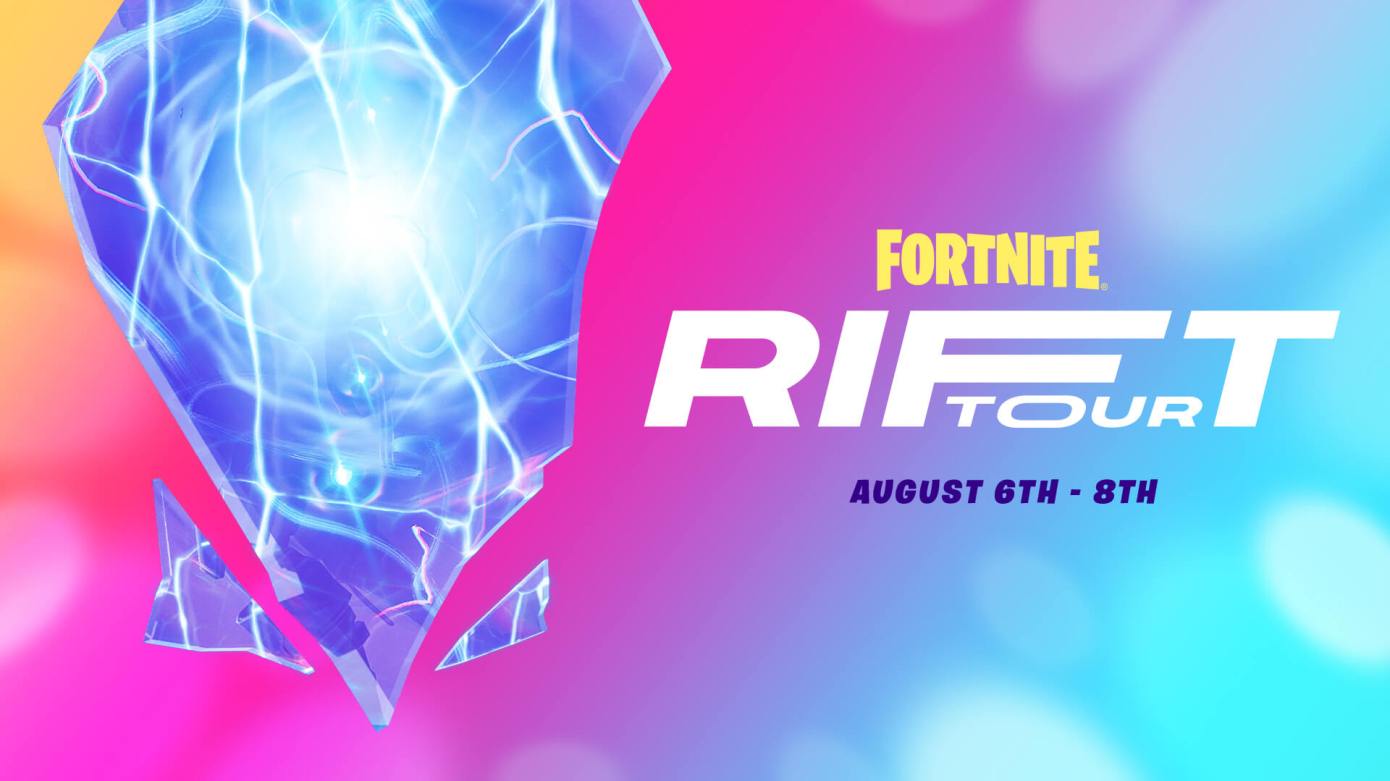 Fortnite’s ‘Rift Tour’ is set to begin next and is rumoured to have performances from Ariana Grande, Lady Gaga, and more.

Epic Games are teasing the biggest in-game event since Travis Scott’s performance saw a staggering 45.8 million (including replays) people view the event. According to Nielsen SuperData, the official stream for the premiere on Twitch had an average minute audience of 2.3 million.

It’s rumoured that Travis Scott received an eye-watering half a million dollars for the 10-minute performance, neither Epic nor Travis was confirmed this.

The new event, that is currently shrouded in mystery called the ‘Rift Tour’ will kick off on Friday 6th August and run through to Sunday 8th August. In the teaser announcement, Epic invite players to “take a musical journey into magical new realities where Fortnite and a record-breaking superstar collide.”

Whilst players wait for the ‘Rift Tour’ players can expect a run of mysterious in-game events to run from July 29th through to August 8th. This will give players access to rift themed events and rewards. The ‘Rift Tour’ will be available multiple times throughout the three days, making it easier for players to watch and be a part of the event. More news onset times and who’s playing will be announced on Monday 2nd August.

The big question is who exactly is performing? There are many rumours (so do take them with a pinch of salt), but signs are pointing towards Ariana Grande and Lady Gaga. The reason being that during the court battle between Epic and Apple there were documents that detailed plans for in-game events with both Grande and Gaga. There have also been visual cues throughout her music videos and a reference in-game to her pet pig, Piggy Smalls.

There are also rumours of Kanye West performing in the virtual space as his new album ‘Donda’ is penned to release on August 6th. This is very much speculation though, either way, we are likely to find out Monday 2nd August via Epic’s official announcement.