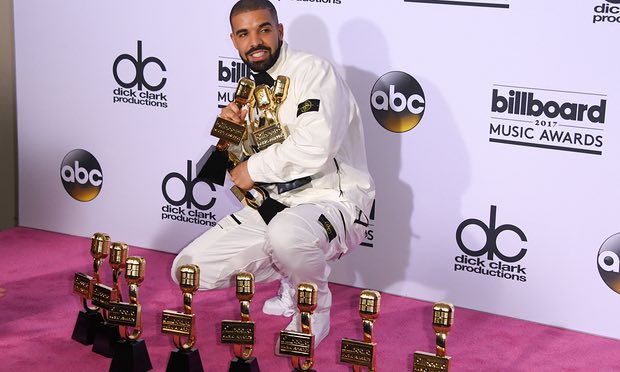 Drake took to the stage in Las Vegas with an entourage of people including Lil Wayne, Nicki Minaj and his father, saying: “I got my whole family up here.” Among his 22 awards Drake won the awards for the top Billboard 200 album for Views, top male artist and top overall artist, which was presented to Drake by Michael Jackson’s eldest son, Prince Jackson.

Other highlights from the night include Cher’s attendance, winning the Icon award and performing 2 of her songs. The 71 year old blew everyone away with a performance of ‘Believe’ scantily clad in a sequined dress with pasties. Cher said at the ceremony: “I wanted to do what I do since I was 4 years old and I’ve been doing it for 53 years. I think luck has so much to do with my success with a little bit of something thrown in.” 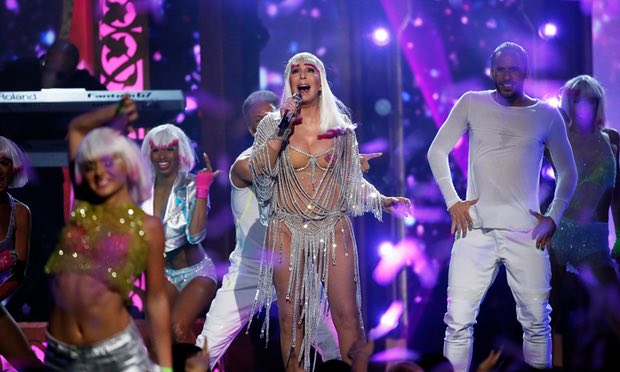 Other winners from the night include non-attenders Beyonce and Twenty-One Pilots who both won 5 awards. The Chainsmokers meanwhile, who were in attendance, drew with Drake for nominations with 22 band left the night with 4 awards. After ‘Closer’ beat Drake’s ‘One Dance’ Halsey said: “This feels good but it feels so wrong because I love Drake so much.”

Dan Reynolds from Imagine Dragons paid respects to Chris Cornell and led a moment of silence for the highly regarded singer who died last Thursday. Reynolds described Cornell as “a true innovator” and “a legendary performer” saying: “We send our respects as well as our love to Chris’ family at this time.”