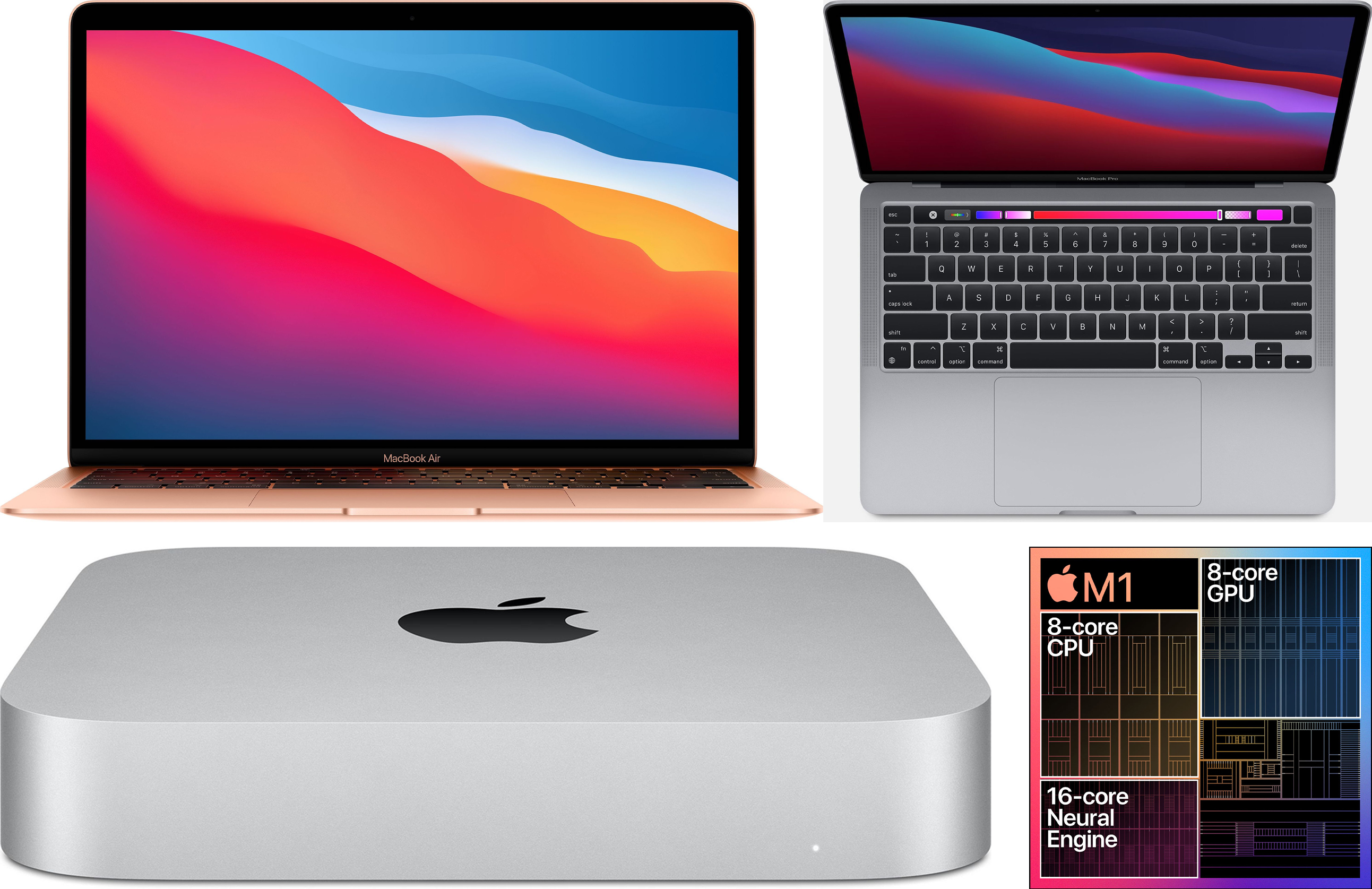 What is Apple Silicon?

You may hear Apple Silicon referred to as an ARM chip or SoC. The idea is, until now Apple needed multiple chips inside one computer for different aspects of the processing on-board Macs, such as CPU, GPU, I/O, security and RAM, notably replying on Intel for CPU chips. Now, with Apple Silicon they’re going at it alone, with all of this processing taking place on one in-house designed compact chip. This allows Apple to have full control of the hardware and software, a key reason Apple’s phones and tablets have been leading the industry in terms of speed for over ten years now.

Big Sur is Apple’s latest macOS. With M1, Big Sur wakes from sleep instantly and launches apps faster, much like iPhone and iPad. All apps from Apple will be ready for M1 on release day such as Logic Pro X. Third-party app developers are working on making their apps compatible with M1 such as Adobe saying Lightroom will be updated next month and Photoshop early next year. Any Intel apps should still work using Rosetta 2. Due to the similar architecture, iPhone and iPad apps can now run directly on Big Sur. Big Sur will be released tomorrow (12th November).

All new Macs can be compared in detail here.

If you want a compact laptop, you should wait a week to see how performance differs between the MacBook Air and $300 more expensive MacBook Pro.

If you’re after a desktop Mac and have a smaller budget than the iMac or don’t need the display included on the all-in-one, Mac mini is a great buy.

Ignoring the 7/8 GPU on the MacBook Air, the upgrade options are the same across all three new Macs. Remember, neither are upgradable after the fact.

I recommend upgrading the RAM if you’re planning on doing anything intensive such as video, photo or audio editing. Storage is down to your personal use. Personally I’d stick with 256GB on the Mac mini and keep an external SSD nearby when needed.

Remember, performance of third-party apps may be limited until developers update apps to work on Apple Silicon. Depending on the apps you use regularly, you may want to wait a few months before dropping over $1000.

Intel-based MacBook Pro 13″ and Mac mini remain available on sale on Apple.com, but I would advise staying away from these.

What’s next for Apple?

The next Macs to include Apple Silicon over the next year or two should be (in predicted chronological order): iMac 21-inch, MacBook Pro 16-inch, iMac 27-inch, iMac Pro (if it’s not killed off) and Mac Pro.

Within the next year, we are hoping to see a number of new and updated products: