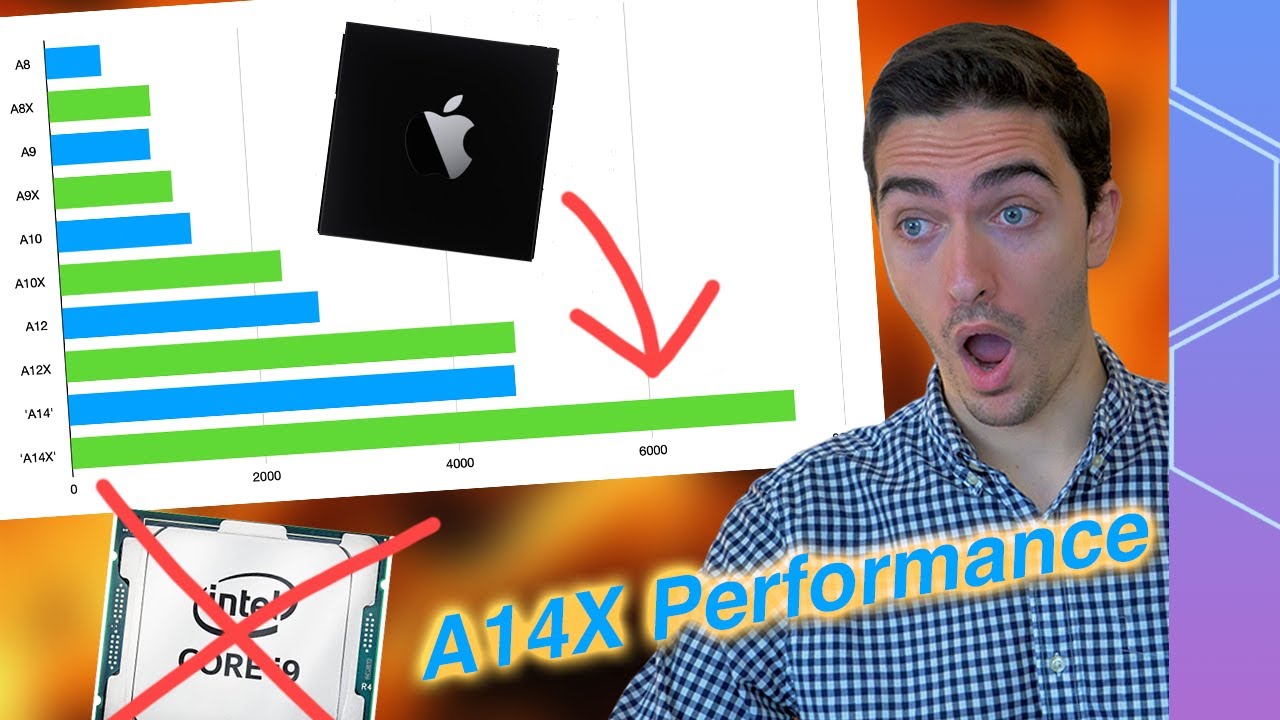 Apple silicon based Macs are coming later this year, while exact specifications and performance are unknown, predictions are wild.

YouTuber Luke Miani has used previous advancements between Apple’s iPhone and iPad chips to calculate rough benchmarks that may be seen in both iPhone 12s and entry level Macs later this year.

The A14 processor due in this year’s iPhone 12s will likely be on par with the A12X and A12Z seen in the iPad Pro. This leap could lead to the first mobile processor to exceed 3GHz, with a GeekBench score higher than a baseline 2020 13″ MacBook Pro.

These predictions become even more promising when translated to upcoming Apple laptops and desktops. While Apple silicon is yet to be officially branded, Miani has used ‘A14X’ as a placeholder for the processors we may see in Macs later this year. His calculations show a chip that’s benchmark competes with an iMac Pro.

Performance gains along with reduced power consumption will appreciated by both pro and consumer level Mac users. Cost savings for Apple are significant too, with Apple chips costing between $25-$30 against Intel’s chips for hundreds. While customers likely won’t see prices reflecting this change, it gives Apple more money to spend on other hardware.