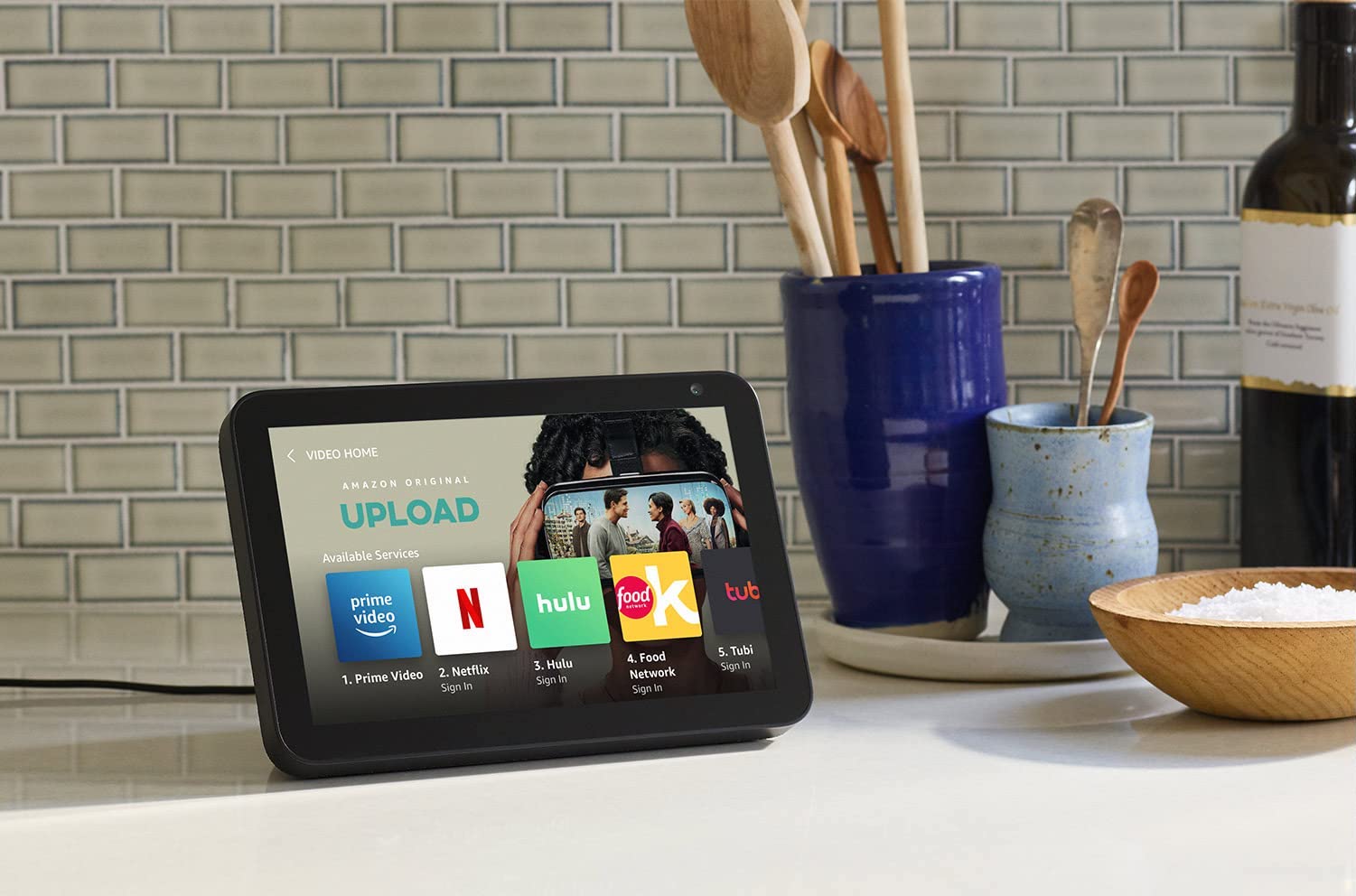 The report comes from anonymous insiders via Bloomberg. The details say Amazon’s hardware division Lab126 are in the process of designing the new digital command centre. None of the details have been confirmed by Amazon, who have declined to comment.

Echo Shows are the companies smart displays that can show anything from video calls and smart home cameras to movies and TV shows. Echo Show displays are touchscreen or can be voice controlled via Alexa. Think a stationary iPad. Since launching Echo Show in 2017, Amazon have released various versions in different sizes. Rumours say the next Echo smart display intends to be more integrated into the home.

The upcoming Echo device will feature a large touchscreen display that attaches right to the wall. As with previous Echo Shows, the device will have a microphone for Alexa commands and a camera for video calls. The primary selling point will be as a smart home panel for controlling accessories such as lights and locks, but will also be able to do all the usual Echo Show things such as media playback and show upcoming calendar events.

Amazon are considering multiple variations of the device with a 10 or 13-inch screen. 10-inches would match the largest size display Amazon currently sells. The new device will be much thinner, so not to protrude as much.

The display will compete against professionally installed devices from the likes of Control4 and those with iPads framed into walls. Some already wall mount Echo Shows and Echo smart speakers using third-party mounts, but these are far from integrated, usually protruding several inches. This won’t be Amazon’s first wall device. In 2018 the company launched Echo Wall Clock, an analogue clock that showed timers set up via Alexa.

New Alexa devices usually launch towards the holidays. Bloomberg say we can expect to see this device towards the end of this year or the end of 2022. The prices currently being discusses are between $200 and $250. As these are only rumours of designs, the product could be scrapped altogether.