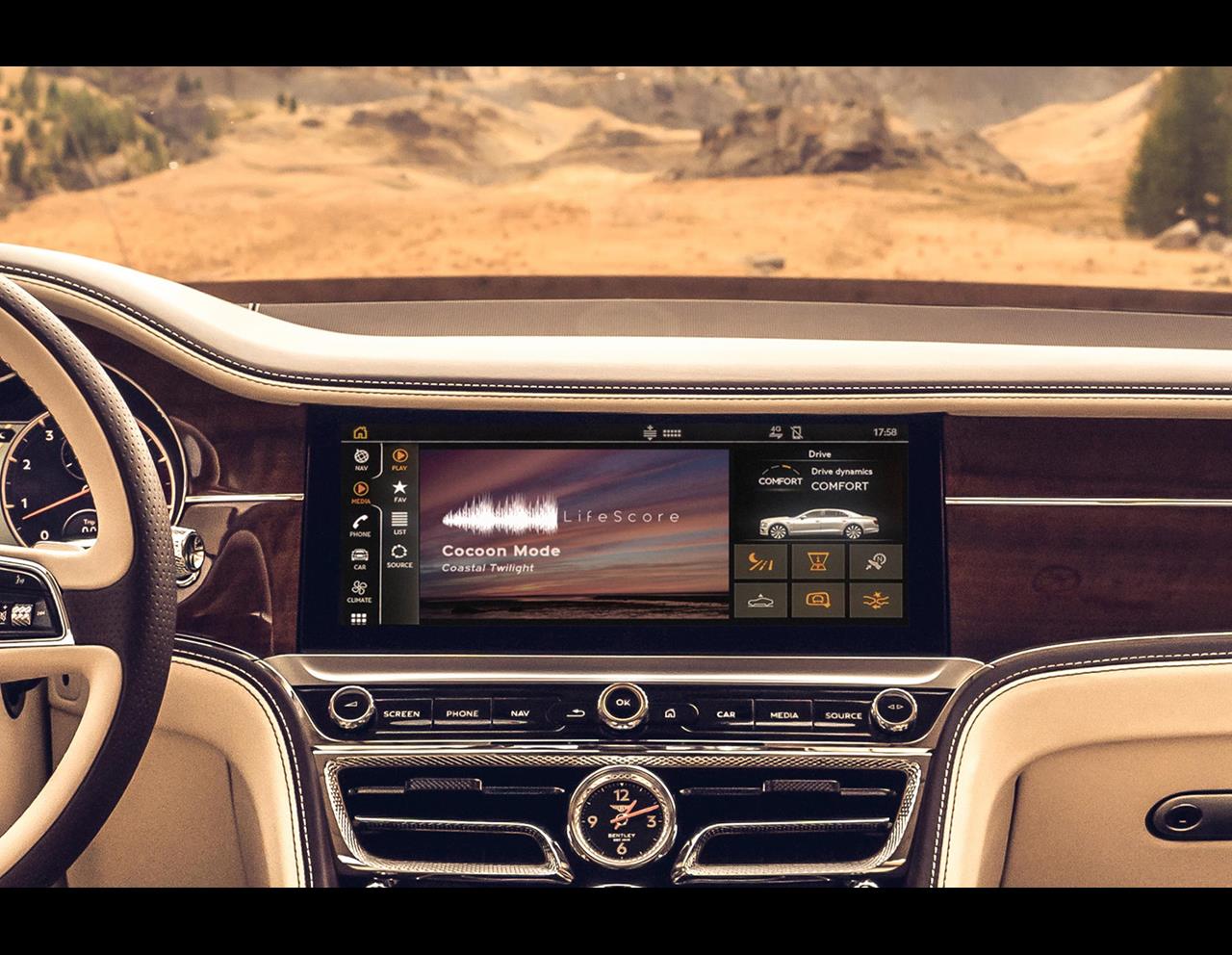 Bentley and LifeScore have developed an algorithm that allows a car to compose music in tune to your driving style.

Who’s the better musician – you, or your car? Luxury carmaker Bentley has developed an “adaptive music” player, in partnership with AI music startup LifeScore, inside a demonstrative Bentley that composes original music as its owner drives along.

Powered by AI, the music syncs with the car’s movements, influenced by speed and the driver’s style. As the car accelerates, the composition of the music changes in real time.

How does it work, exactly? Blocks of music composed and performed by humans are algorithmically selected and reproduced by the vehicle in real time.

The music was created by world-class composers and musicians and recorded at Abbey Road Studios. The audio was recorded using over 50 microphones in full sphere surround sound, so that future formats can incorporate sound from all directions at the highest resolution possible.

The Bentley car composes music from the sound bank of audio data and recordings. More than 100 billion tracks can be composed to soundtrack a 60-minute drive, and a single hour of human-composed music blocks can generate unlimited hours of music. The AI makes sure that there’s no repetition or robotic-sounding musical phrases.

Bentley said the “true driver-vehicle-music synchronisation” is an “industry first” – we did however report on a similar feature just a couple of weeks ago developed by Porsche. Porsche’s “Soundtrack My Life” is a prototype smartphone app that adjusts music to driving style and location, but unlike Bentley and LifeScore’s venture the algorithm doesn’t make use of Artificial Intelligence.

It seems that music that syncs to your driving is the future, at least of luxury cars. Now, if you need me, I’ll be off for a long dynamic drive in my Bentley.