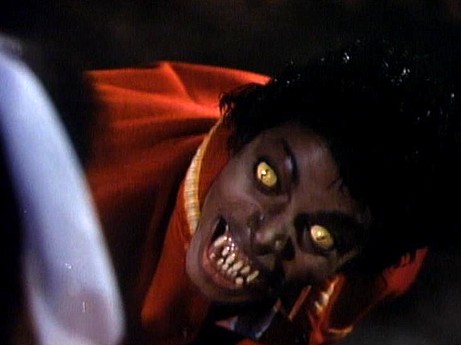 Michael Jackson’s hit ‘Thriller’ is to be turned into a movie, according to reports. Several Hollywood studios are said to be interested in adapting Jackson’s classic 1982 single. Deadline reports that choreographer Kenny Ortega is expected to direct, while The Hangover’s Jeremy Garelick will write the screenplay. The plot will apparently focus on the song’s history, including the childhood of Vincent Price, who raps the track’s voice-over.

Any film will be subject to the agreement of Michael Jackson’s estate of course. There has already been one Jackson film since his death. This Is It charted the making of his ill-fated comeback gigs.

Regardless of who you are and what sort of music genre we promise is our favourite, everyone has a personal favourite Jackson song, but i’m quite sure that, and for me this film is bordering on it, too many films about him are going to saturate the local cinema’s and quickly become made in bad taste. This is only loosely a film about Jackson. A film about the making of another film, that had him in it…Really, come on. I wonder Who will play John Landis.