Tundras are a psychedelic metal band from Rockford, Illinois. Made up by members Cory, Chris, Brian and Josh, they came together to form Tundras as the end result of two bands prior.

Fresh off the recording of their debut full length album we decided to ask Tundras some questions about themselves and the band.

How did you come together and form a band?

Prior to Tundras – Brian, Josh and Cory (myself) played in a psych/blues band called The Rough Tracks and Chris played in an experimental/metal outfit Indomitable Ancients. Chris was losing his drummer and the three of us were having issues with a rotating cast of 4th members. Both of our bands played a show together and decided to form Tundras.

What’s your favourite part of playing and creating music?

Chris: I’d be touring as an instrument tech or back at home repairing guitars.

Josh: Out trucking across the grand ol’ USA!

Brian: I love breakfast food (as everyone should). I would run and own a morning breakfast spot from 6am-2pm. Northern Illinois does breakfast and pizza like no other!

Cory: I would be washing dishes in Brian’s diner. Playing guitar on my breaks.

If you were stuck on a desert island and could take one track each what would they be?

Chris: Bandage for an Iris by Poison the Well

Cory: Sweet & Dandy by Toots and the Maytals – because I’m on an island all by myself!!!

What have you got planned for the next year as a band?

We just finished recording our first full length album, which is a ton of work in it’s own right. 2016 holds the release and playing as many cities and towns as possible!

You want to play music? Do it! Teach yourself how to play, form a band, play everywhere, realize that success is only measured by your standards, pay no mind to band image or making money, just do you, and never let the mainstream shove their values down your throat ✌ 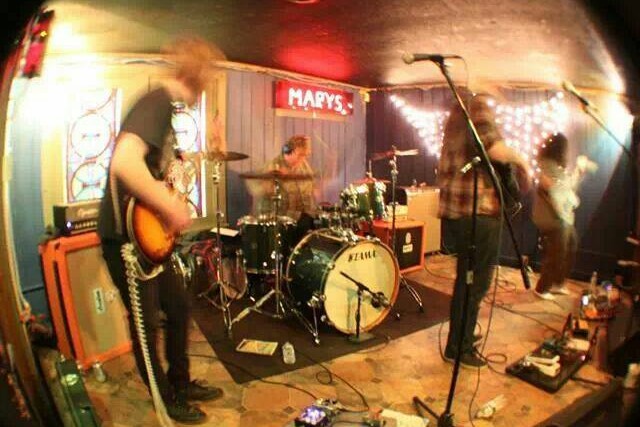 Mathew Daniel is the current VP of International at Netease Cloud Music. Mathew has had a very strong music background, especially in China. Mathew was recently interviewed at Midem about the Chinese Music Market and…

Jordan Jane has been crafting his talents in Cornwall since childhood and in the past year his music has propelled to a position as one of Cornwall’s most promising up-and-comers. We spoke to Jordan about…