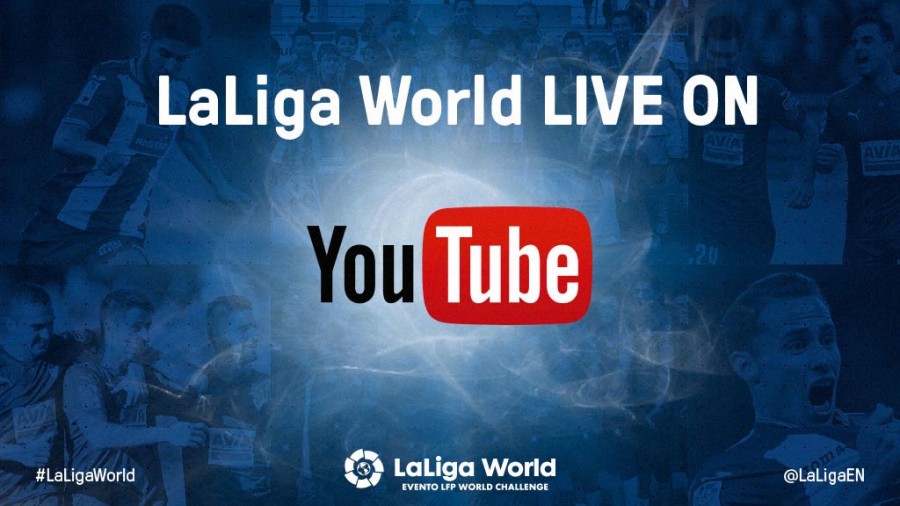 YouTube have made a deal with the Spanish LFP to stream some of their football games online later this summer.

Spain’s Liga Nacional de Futbol Profesional (LFP) are the professional football (soccer) league for the country and have made an agreement with YouTube. YouTube will broadcast exclusive footage from full matches to behind the scenes footage.

As part of the agreement YouTube will host live matches for free from the pre-season tour, LFP World Challenge. YouTube will also feature packages of highlights and exclusive footage from behind the scenes at the games. Matches announced for livestream include the San Jose Earthquakes vs Spain’s Real Sociedad, Philadelphia Fury vs SD Eibar, and Bolivia’s Club Blooming vs RCD Espanyol.

This announcement comes just days after BT Sport announced they would air the UEFA Champions League and the UEFA Europa League finals on their YouTube channel. BT Consumer chief executive, John Petter said: “We’ve always said we wanted to give top quality sport back to the people and making the UEFA Champions League and Europa League finals free to everyone in the UK does this in a big way. We’re also bringing BT Sport to a new generation of younger sports fans who view their entertainment online, through social media and on their mobile devices.”

As the biggest sport in the world and a multi-billion dollar industry it will no doubt prove a lucrative move for YouTube. Additionally making the matches free on a legal website to stream live will bring in many audiences from around the world so it’s win-win for YouTube and the LFP.