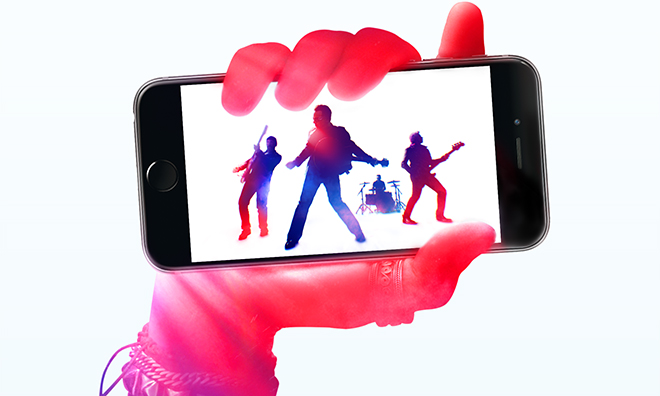 Apple held their yearly event yesterday in Cupertino to show off a new iPhone and Apple Watch.

At the end of the conference, they brought U2 on stage to perform their newest single ‘The Miracle (Of Joey Ramone)’. U2 have been a big part of Apple from 2004 when Steve Jobs introduced a special U2 iPod.
At the end of their performance U2 and Tim Cook announced the release of their new album ‘Songs of Innocence’ would be up on iTunes for all to listen immediately for free. Just head into your iTunes library on your iOS device, Mac or PC, where the album is waiting for you to instantly start streaming or download from the cloud to keep. If you’re in the US you can stream the album through iTunes Radio or the Beats Music App. It’s exclusively available to all 500 million iTunes users until October 13.

“Never before have so many people owned one album, let alone on the day of its release.” Although slightly enhanced from reality, Apple have claimed this is the largest owned album.

Check out more from the collaboration here.

Watch the ad for the release bellow.

Whilst a tumultuous and difficult year for so many, 2020 saw remarkable growth for UK Music as the resurgence in music revenues continues.

How labels take more money from artists through taxes

Major record labels take a huge cut of the profits that artists make on their music and they may be taking even more from artists by sneakily making them pay taxes so they don’t have to on the earnings.