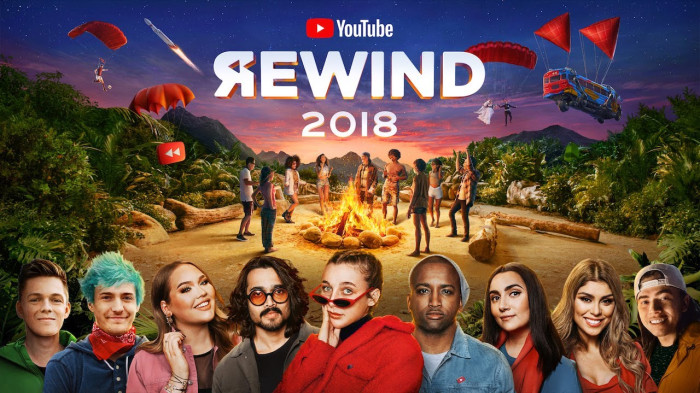 2018 has been another massive year for YouTube with over 673 million views on videos around the world. They’ve revealed the videos that had the most amount of people watching, laughing, sharing and liking.

YouTube have rewound on 2018 to look back at the greatest moments of the year, or at least what people were most interested in.  The most viewed video all year was an 11 minute short film on Kylie Jenner’s baby Stormi, following Jenner’s pregnancy and then the birth of Stormi. It was viewed over 53 million times and became the #1 Top Trending Video of 2018… the list can only get better from there surely. Lets find out!

On the music side of things it has been a big year for YouTube. They launched the new YouTube Music platform as a dedicated place for music streaming which allows users to sign up and listen to music ad-free as well as providing higher royalties on videos to ensure that artists get paid fairly for their music, a longstanding criticism of music being readily available on the video platform.

Following last year’s international love of the hit track Despacito, Latin Music has exploded on YouTube this year. In the top ten most watched music videos for 2018, a whopping 8 of them were Latin artists.

YouTube are preparing for their Rewind 2018 by asking creators and video makers on YouTube to share their insights on what made 2018 on YouTube. Not everyone was keen on that though as that video has become the second most disliked video on all of YouTube. It’s second only to Justin Bieber’s ‘Baby’ music video which took 8 years to reach the number one spot with over 9.7 million dislikes. It took ‘YouTube Rewind 2018: Everyone Controls Rewind’ only 3 days to amass over 6.8 million videos.

The controversy over the video is that YouTube excluded a bunch of it’s top creators, including the most subscribed to creator on YouTube; PewDiePie. There are a number of reasons why Felix Kjellberg (PewDiePie) and Logan Paul as well as other popular YouTuber’s might have been excluded but the community are clearly unhappy.

YouTube’s 2018 Rewind video will be released soon and sum up “the creators and artists who shaped popular culture in 2018”. After the reaction to the pre-Rewind video though YouTube may be up against a tough crowd.