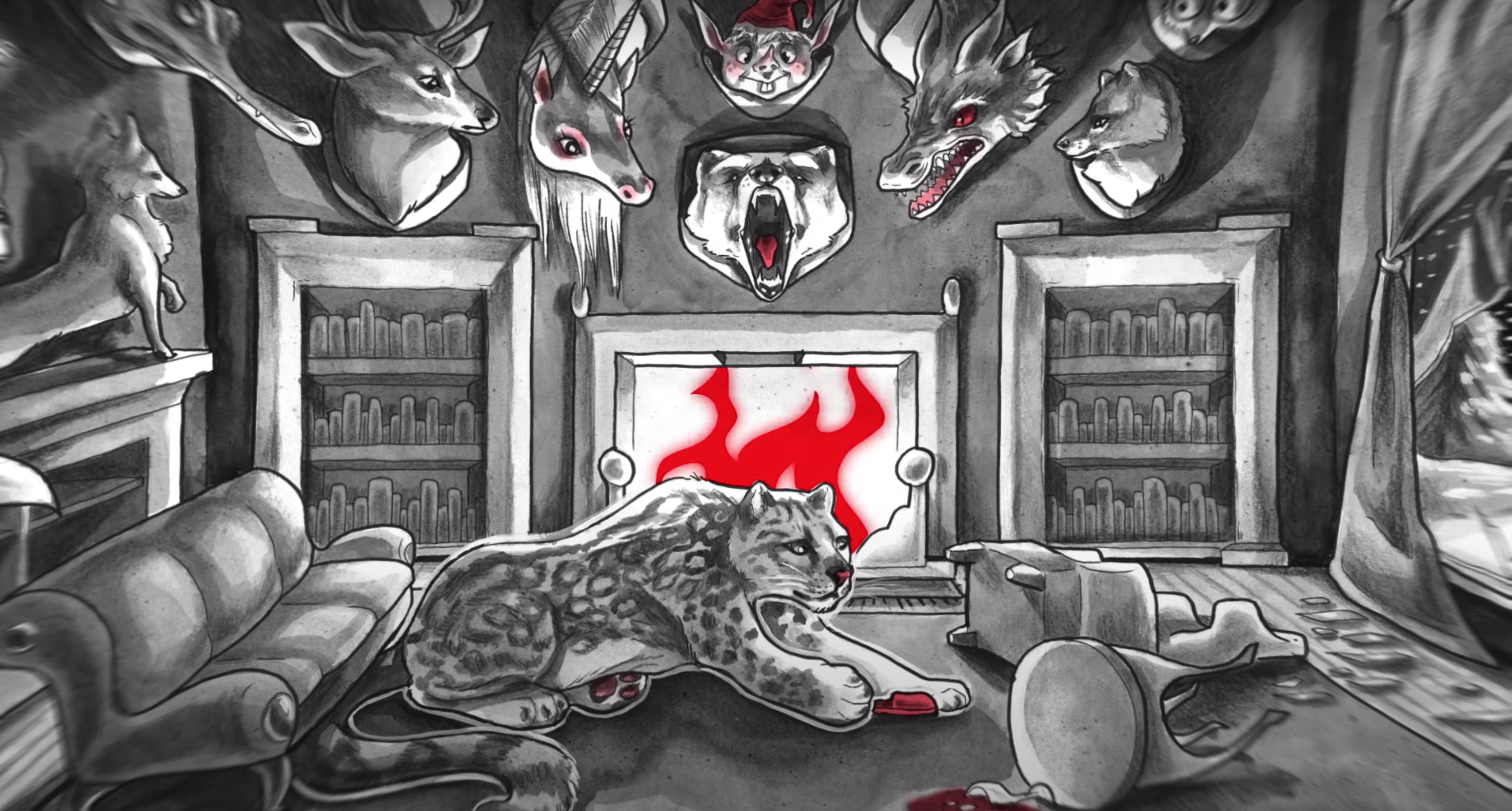 The Video Is Soundtracked By A Variety Of B-Sides Taken From Their Recent ‘Greatest Hits’ Compilation.

The White Stripes have dropped a wonderful Christmas gift in the form of a 90 minute animated Yule Log video.

The video sits thematically with The White Stripes being coloured with their trademark black, white and red colour scheme. Across the 90 minutes it features animations of mythical creatures, burning cities, vampires and plenty more. The video is soundtracked by a collection of acoustic tracks, B-sides and songs taken from the bands recently released ‘Greatest Hits’ compilation. It even starts with the bands original Christmas song ‘Candy Cane Children’.

Although The White Stripes haven’t released an original record since 2007, the band have continued to remain active. This year they released their ‘Greatest Hits’ compilation and during the Presidential Elections of the United States they made a recording of a 1999 show in Georgia available to download via Bandcamp. All the proceeds went to US voter participation advocacy group Fair Fight, a group that aimed to protect voters rights in the upcoming Georgia runoff elections. In addition to this they have also made a handful of B-sides available on streaming services, remaster and uploaded to YouTube two performances from a 2002 episode of Saturday Night Live.

Jack White himself has also been very busy with other projects such as The Raconteurs, his solo work and running his Third Man Records label.