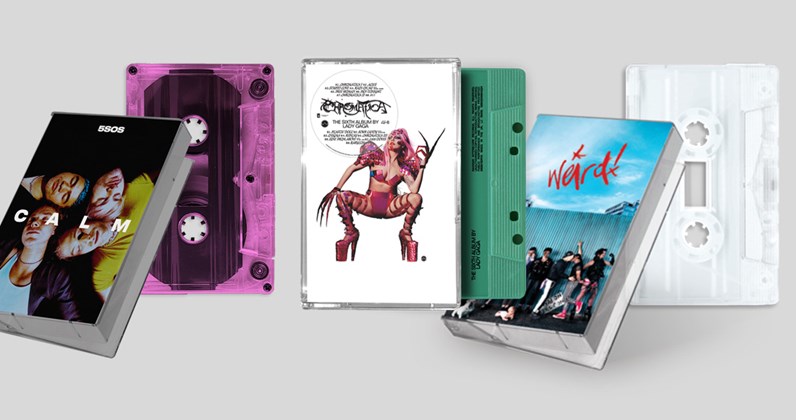 In an earlier article we talked about the rise of cassette culture, digging deep into an ever growing community based around the music format. It wasn’t until fairly recently, like vinyl (or more so) that cassettes were a dying format. Pushed into the very corners of nicheness. However, cassettes popularity has been on the up in recent years (thanks to retrofetishism and popular retrospective media) and in 2020 cassette sales almost doubled to their highest in 17 years.

Like Vinyl, the rise of cassettes shows that streaming and physical sales can sit comfortably next to one other. Music fans will always want something tangible, something real that you can hold in your hands.

Sales on the format remain tiny in the context of the overall music market (around 0.2%), but the increase shows the cassette revival is far from over yet.

The highest selling cassette was Lady Gaga‘s ‘Chromatica’, which sold 14,000 copies, 8,600 of those were sold in the first week. Following close behind was 5 Seconds Of Summer‘s latest album ‘CALM’ with 13,000 cassette sales, while Yungblud‘s ‘Weird’ came in at third with 7,700 sales.

The Streets – None Of Us Are Getting Out Of This Life

Neck Deep – All Distortions Are Intentional

Steps – What The Future Holds

Biffy Clyro – A Celebration Of Endings

Enter Shikari – Nothing Is True & Everything Is Possible

Guardians Of The Galaxy – Awesome Mix 1

Queen And Adam Lambert – Live Around The World

Carly Rae Jepsen – Dedicated (Side B)

Sea Girls – Open Up Your Head

Guardians Of The Galaxy – Awesome Mix 2