The man behind one of the UK’s most influential platforms for new artists, BBC Introducing, has left the BBC and according to MBW he’s heading to Amazon.

Jason Carter is the main man responsible for BBC Introducing, a platform that gives up-and-coming artists around the UK the ability to get themselves heard on the radio and play at gigs around the country. Now Carter has left his heralded position as BBC Head of Live Music, International and BBC Introducing after 20 years at the BBC.

According to someone speaking to Music Business Worldwide Carter is heading towards Amazon with a senior position as director of new initiative at the company. Whilst it’s not entirely clear which departments Carter will be working with it’s safe to assume it will likely involve Amazon Prime Music and their newly launched Amazon Music Unlimited streaming services.

Carter launched the BBC Introducing platform in 2007 to help up-and-coming artists spread their reach with it’s own stage at Glastonbury. Artists who have found their come-up after being featured on BBC Introducing include Florence and The Machine, James Bay, Jake Bugg, and the 1975. Carter also lead a majority of the BBC’s live efforts including concerts for BBC Radio 1, Radio 1Xtra, Radio 2, 6 Music and Asian Network. 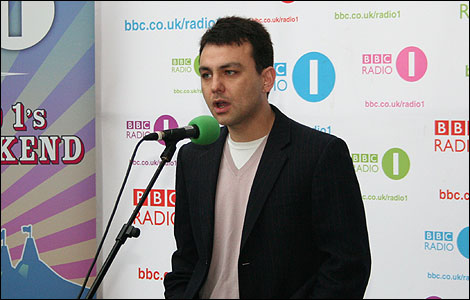 Whilst it’s good news for Amazon who are gaining a massively experienced addition to their team with hundreds of connections in indie music, it’s a blow to the BBC. The BBC’s “flagship station” BBC Radio 1 has been losing ratings as it recently posted it’s lowest Rajar result for Q4 in over 10 years. The 4th quarter (last three months) of 2016 saw the 4th quarter in a row that Radio 1’s listeners had dropped below 10 million.

Whilst Carter is a big loss for the BBC it’s a representation of the music industry at the moment, as new formats, platforms and services take priority talent from the old music business are being taken to lead the future of music. And that could well be a good thing overall.

Here we have a cracking selection of exciting new releases for you to explore. They’re going straight across RouteNote’s four curated playlists this week.