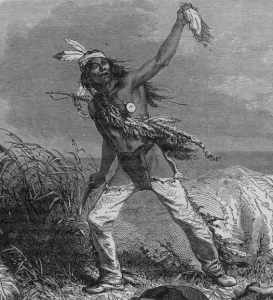 Digital Music News are carrying this story about online ticket scalping – a case in which an LA based company calling themselves ‘Wiseguy Tickets’ employed a ring of Bulgarian computer programmers to buy up all the best tickets to high profile, high demand concerts and resell them online for a huge mark-up. Perhaps parting with more than six times the face value of the ticket is painful for whoever buys the ticket second hand, but presumably no-one is twisting their arm as they click ‘confirm bid’, and as far as eBay is concerned it’s perfectly legitimate (at least in the UK – some US states have laws against it).

So who is at fault here? Blocking the public from buying tickets wholesale with highly organised, bulk buying and reselling operations seems pretty underhand and unsporting, but the scalpers are taking the risk that people will purchase the inflated tickets, so isn’t it just the normal exercise of a free market? Are the promoters missing a trick in the first place? A staggered ebay auction style release of tickets by the promoter, with say 25% of total tickets released 12, 8, 4 and 2 weeks before the gig, with prices starting at a reasonable face value would surely have the same free-market effect. There’s the strong argument that this competetive model would be a disservice to the less affluent fans, but promoters would have the same chance of selling out a venue at the starting price, and could only benefit from any uplift if the tickets ended up being worth more to a punter than the original price – if they were bid up by competing punters, and this would make it harder for scalpers to get hold of tickets in the first place, as to get them they’d have to compete with Joe Public in the first place, paying the elevated prices themselves. It would also go some way to eliminating their profits – why buy from an unofficial auction when there’s an official one happening, and could potentially make more money for the promoter, venue and artist if the ticket revenue is split out between them.

What do you think, internet people? Is sclaping fair practice, or callous parasitism? Would selling online like this just be a way for promoters to benefit at fans’ expense, or would it be a neat way of cutting scalpers out of the loop and rationalising ticket prices for the rest of us? 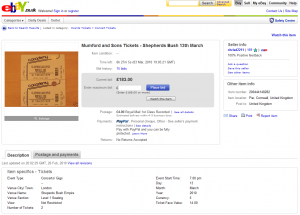 Independent Venue Community aims to strengthen the relationships between independent venues and the communities around them.

Live Nation has acquired the concerts and entertainment division of TERO, a Thailand-based promoter and media company.