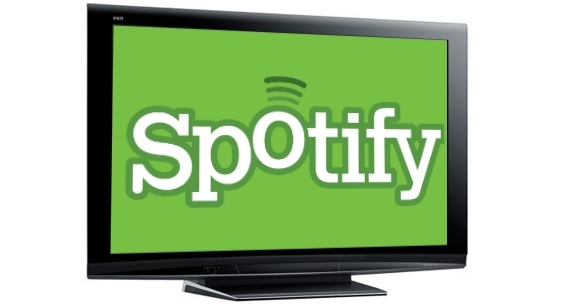 It has been reported that streaming music service Spotify can now be accessed via TV. The service has launched its app for 120,000 of TeliaSonera’s digital TV customers in Sweden and Finland.

“Introducing Spotify into the living room is a major step forward in our continued efforts to make Spotify available wherever you are,” says CEO Daniel Ek.

The service can only be accessed by Spotify Premium subscribers, but now with access via PC, mobile and TV, the Premium service looks very attractive!

“Everybody loves music and even though many of us carry our favourite music with us, a lot of music consumption remains in the home. We believe that giving music fans the ability access Spotify directly through the TV and into the living room will attract even more users to the world’s hottest music service.” Stefan Trampus the TeliaSonera’s manager of broadband.

It is also rumoured that Spotify is planning their own range of mobile phones, but I would much rather see them get a deal with a few car manufacturers so I can access my music pretty much anywhere!

Disclosure: RouteNote is a Spotify partner.

Sqaure’s majority stake along with the artist co-owners’ 20% stake, value the music streaming service at around $377.5 million.