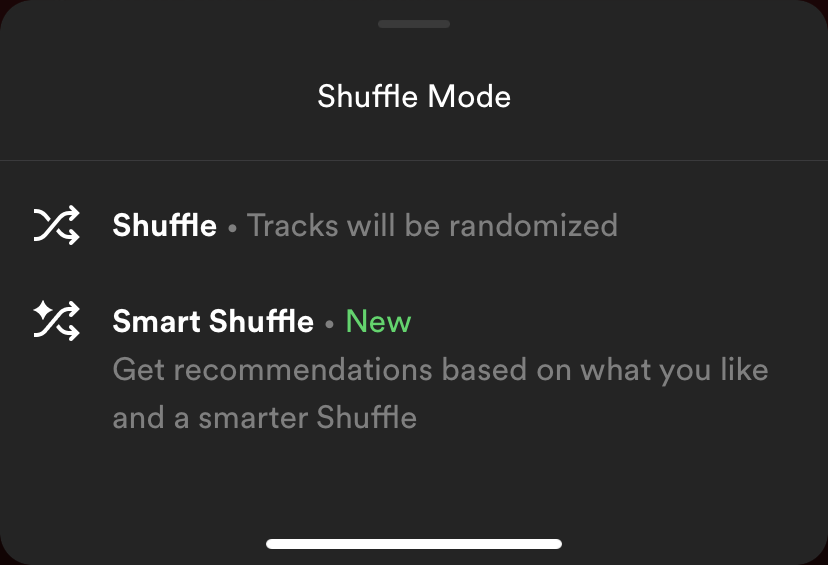 With some people seeing a new Smart Shuffle option, Spotify’s update to the feature gives you more control on how to randomize your music.

When shuffling a playlist on Spotify, some users are reporting seeing a new option. Tapping that little shuffle icon on Spotify brings up a new Shuffle Mode menu. The options read:

The new Smart Shuffle seems similar to Spotify’s recent Enhance feature that spices up your playlists with new songs it thinks fit in. It would be nice to set one of the options as the default or add an addition Smart Shuffle button, so the pop-up doesn’t show every time.

It seems not every user on every device is seeing the new Shuffle Modes, so it will be interesting to see whether this feature fully rolls out after testing and feedback. Spotify are yet to announce the feature, but has addressed concerns on the Spotify Community site.

Sounds like you’re seeing one of a few changes we’re trying out.

We’re always testing possible improvements and new features, so you might see something on the app your friend doesn’t, or get a brand-new feature for only a temporary period. We really value your feedback though as it helps inform our decisions going forward, and we’ll be sure to pass this on to the right folks.