SoundExchange have had a monumental year of collecting money for artists around the US and ensuring artists get paid for their music better than ever.

SoundExchange have one true goal; to collect and distribute revenues form digital music platforms to ensure it’s going into the rightful hands. Since 2003 they have been ensuring that as many artists in the US are getting what they’re entitled to for song plays on digital platforms like satellite radio and streaming services.

This year has been massive for SoundExchange royalty distributions, getting artists paid more than ever. Their latest report covers their third quarter for 2018, ending September 30th, and shows incredible growth from last year. In the first 9 months of 2018 SoundExchange have distributed $607.9 million in royalties to artists, a 24% increase on the first 9 months of 2017.

In the third quarter, that they have just revealed the data for, alone SoundExchange distributed $209.3 million for sound recording performances which is an incredible 37% higher than 2017’s third quarter. It’s been an amazing year for getting artists the payments that they deserve for their work and it’s only increasing with every month that goes by.

SoundExchange’s president and CEO, Michael Huppe said: “Our work on behalf of music creators is the most important thing we do. Getting royalties into their hands quickly, efficient and at the lowest administrative rate possible is among our highest priorities.” 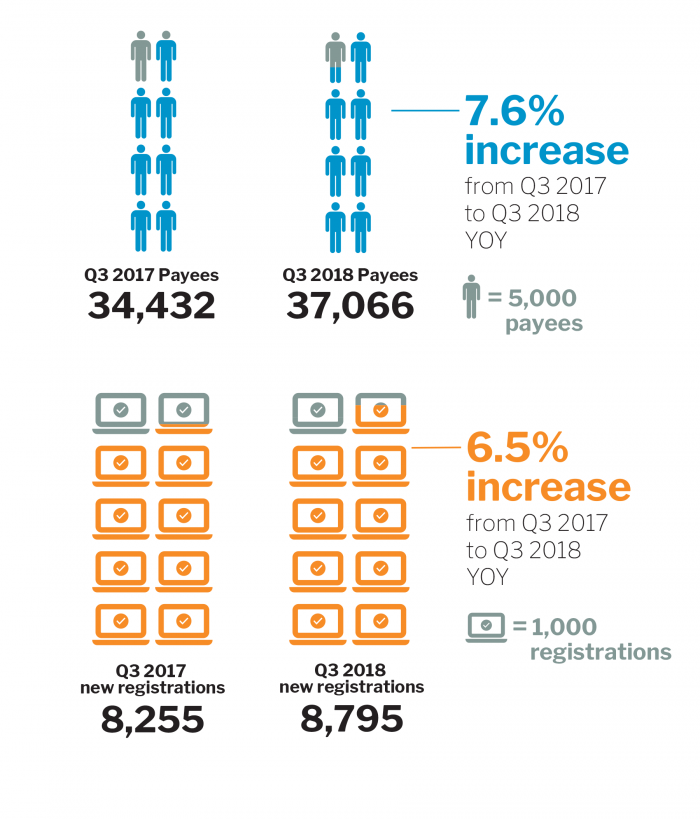