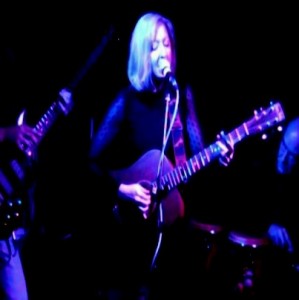 A 3 piece consisting of guitar, vocals, bass and alsorts of percussion including tablas.  Musically, we aim for a different type of sound based on merging styles together, so as to have a European edge to our new folk pop genre.  Each member of the band has their own influences which instead of clashing, complement the music.  From Suzanne Vega to Peter Gabriel to Steely Dan.

Our ambition is to go as far as we are able.  We do not have a record label, and yet do not let this hold us back. After much searching for the best distributor we found ‘Routenote’ [ Edit: Thanks Rachel 🙂 ] and are now awaiting the release of our first album ‘TeaTime Assorted sessions’ in many of the major online stores. (this will be sometime in November).

So far we have travelled up and down the country gigging, and have played many main cities including Edinburgh, London, Manchester, Birmingham, Sheffield, and Leeds.  We have performed on local radio, and were recently included in Manchester’s ‘Chimp’ magazine in the ‘Up for Grabs’ unsigned section, described as ‘a Class act’.

We have included a link to our you tube video of ‘Tick Tock’.  While we feel that the song has a catchy hook with a continental feel, it was filmed in our Northwest countryside featuring Rivington of Horwich, Boltons spooky but marvelous ‘Pigeon Tower’.

Our You Tube music video of ‘Tick Tock’:

Her voice needs to be brought out in front of the background, which overpowers her voice.

I think this track is great as it is, why start ‘computerising’ it? Having seen Rachel live I can say that this recording shows off her raw talent, and I would hate to see the band’s music become over-produced like so many artists are now. Keep voice enhancers for those who need the help!

I worked on this track and it was an absolute pleasure to record and mix. I understand that the vocals could hold a better position in the overall balance (mostly sonically) but to just slap a “Vocal Rider” plugin on it is seriously lazy, stupid and pointless. If you actually read what the plugin does you’ll see it automatically adjusts the track’s level…instead of you doing it with a fader or automation. At no time can a piece of computer software musically judge balance and sonic characteristics and adjust levels correctly. From looking at “Sand & Palms Music” website I see you’ve very little knowledge in the technical area and I suggest you keep these aimless comments to yourself regarding audio technology. And yes Jenny….I really did not want to kill the acoustic integrity of Rachel’s voice as we can all hear her amazing ability to sing.