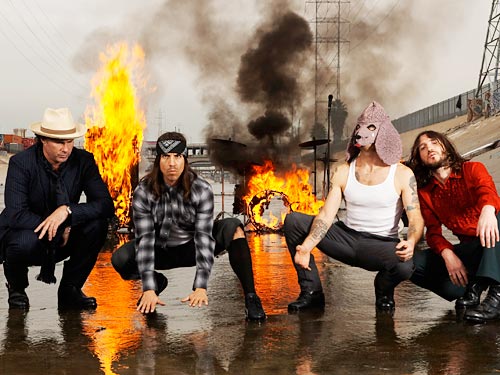 The Red Hot Chili Peppers will be getting their own Guitar Hero game, according to Spinner. Guitar Hero makers Activision are currently polling gamers and music fans as to whether they’d enjoy a game based on the music of the long-running rock ‘n funk act.

While the Peppers have already leased the entirety of their 1991 classic Blood Sugar Sex Magikto Guitar Hero enemiesRock Band, a Guitar Hero take on RHCP would hopefully span the band’s nearly 30-year career.

The Red Hot Chili Peppers (minus Frusciante) are currently at work on a new album, their first since 2006’s shoulda-been-a-single-disc double album, Stadium Arcardium.