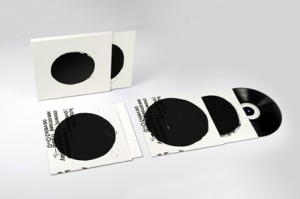 Does your brain need scrubbing out after the weekend? Then you’ll be interested to note that Mancunian electronic artists Autechre have announced that they’ll be releasing a new album. Their music is a crushed up, jangling, unsettled and deeply atmospheric mix of glitchy, static sounding samples and electronic noises, sometimes over soothing synth lines and drum beats seemingly recorded over a telephone mic, sometimes blended with a brooding black wall of noise. Released and distributed through Warp on the 22nd of March, Oversteps will be Autechre’s tenth full album in a career that spans almost twenty years (their first single and EP were released in ’91 – make you feel old?). Tracklisting as follows, but if you can make head or tail of it you’re a better man than me:

There are a lot of fresh tracks (some with less than 1,000 plays) up on their white-on-white myspace page (drag highlight it if you want to actually read anything) but none of them seem to feature on the new album listing.