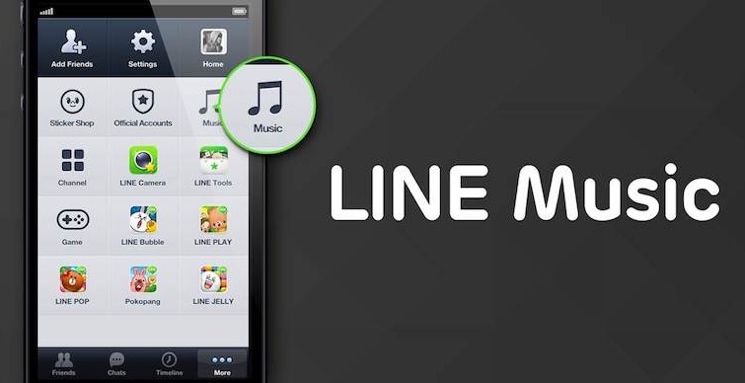 Omnifone have partnered with music streaming service Line Music for their expansion outside of Japan.

Omnifone, B2B provider for digital music services, have today confirmed a partnership with Line Music, a music streaming service from the developers of Japan’s most popular messaging app. The partnership aims to help Line Music expand, not just in reach but in content too with Omnifone bringing millions of tracks to Line Music’s catalogue.

With this partnership Line Music will gain access to Omnifone’s global music licensing expertise and end-to-end content services. With these extra resources Line Music hope to expand their catalogue with more western and European artists available on their service.

On Omnifone’s music cloud, MusicStation, they host 50 million tracks which they boast is the world’s largest collection of studio quality audio. Omnifone’s co-founder and Chief Engineer said in Omnifone’s announcement post: “We do the vital undifferentiated heavy-lifting, the music industry technology infrastructure that allows our partners to focus on the things that add value to them; the exciting features that enable them to grow their services more quickly.”

Chief Executive at Omnifone, Jeff Hughes, added: “With global messenger giant Line Corporation at the helm, Line Music has established itself as one of the front runners in the music subscription market. We’re delighted to be working with Line Music to support its continued growth

Line Corporation, who also own MixRadio, found major success with the 2011 launch of it’s messaging app Line. Line messenger is available globally but has seen most of it’s success in Japan where the app has gone on to become the largest social network with 600 million users and 700 million planned by the end of the year. Line Music integrates with Line allowing you to send tracks to friends and even listen simultaneously.

Chief Executive at Line Music, Jun Masuda, said: “Working with a UK-based global music service provider will help us to enrich our popular music service with a whole host of new international artists for our users to enjoy. We’re thrilled to be working with Omnifone’s licensing team.”