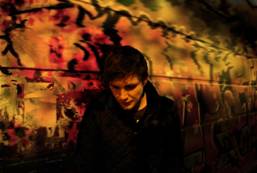 MySpace has done a lot for music, this is undeniable. I’m most certainly not one of those insufferable bores, who harks back to the “good old days” of pre-internet. Obviously, the internet has made the world a more exciting place to live for everyone involved in music, and MySpace has played a central role in changing the music industry over the past 5 years or so.

Why then, do I so often find myself cursing this website’s name and dismissing many of artists I’ve discovered via it, even when i’ve specifically asked that artist’s PR to send me a MySpace link? It’s that sodding “General Info” section, first sub-section “Genre”.

Ollie Stewart describes himself as “Experimental/Alternative/Fusion”. By “Experimental” he is presumabely referring to his “unusual” percussion, for which he samples blocks of wood, something that has been common in music for over 100 years now. By “Alternative” I assume he means an alternative to all other music, and, I’m completely stuck on “Fusion”.

All of the above is unecessarily harsh, and for that I conceed that I am an ass. Ollie’s debut EP Night Bell is a consistent record that has been written as a complete work in which each song is part of the greater puzzle, not a mere collection of showcase songs.

This is a very strong first effort from a singer-songwriter that clearly posseses a great deal of potential. Ollie is musically very clever and manages to build complicated textures both ontop of and around simple ideas without ever cluttering the song’s core.

Night Bell opens with a song that well represents Ollie ‘I See Love’ (see bottom of this page). The song uses close vocal harmonies that create a sense of tension against a wash of synth pad chords. An unsettling listening experience, but a relatively enjoyable one.

The record’s stand out track ‘Tare’ (also embeded beneath this post), although a fine song that proves to me Ollie has more to give and is worth keeping an eye on, perfectly exposes the EP’s biggest weakness.

‘Tare’ uses dynamics with great effect and has a pretty memorable chorus. The song builds with great tension to a chorus that provides a euphoric moment of release – how very satisying. It is, however, the only song on the EP to achieve this. Generally speaking the EP if full of clever songs that feel a little bit flat and don’t seem to do enough to keep a listener interested for too long.

Aside from this one song, listening to the EP is a little bit like watching a ‘blue’ movie that censors out all of the good bits; unbearably stressful and dissapointing.

So, should you buy Night Bell? Well, if you like Muse you might like Ollie Stewart. Earlier I criticised the way in which he described himself on MySpace. Oddly enough, his page doesn’t have a “sounds like” section, but if it did I would suggest putting “shamelessly similar to Muse, but less accomplished”, which isn’t a criticism, by the way.

Have a listen to the songs below and if you like them you can try the EP on Spotify or you can buy it from iTunes by clicking here.