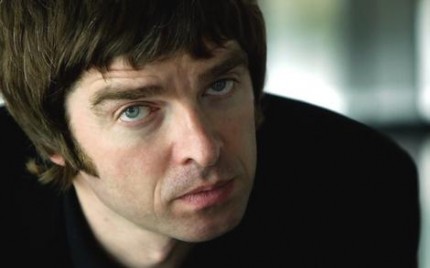 Roumers started flying around about Noel Gallagher making his return to music with a collaboration with Kasabian earlier this week, now Johnny Borrell has hinted at being interested in having Noel produce an album in the future.

Tom meighn, Kasabians voice, has told the news of the world that he would definitely consider working with Noel in the future. Sooner than that though it has been confirmed that he will be performing on the band’s UK arena tour. Tom spoke to the News of the world, “Noel will be calling us up nearer the time for sure saying, ‘Lads, I’m going to come perform with you on tour, He’s a performing machine, and loves playing live so he jumps at the opportunity whenever he can join us.”

On the studio side of things Razorlight have suggested that the ex Oasis man should get involved with producing their fourth album that is intended to be a follow up to the 2008 record “Slipway Fires”. “Maybe we should get Noel to produce the new Razorlight album. We’re looking for a producer,” bassist Carl Damelo told The Mirror. “We need some northern cred!” he added.

Fingers crossed that Noel aims for a juicy Kasabian collaboration, working wihth Razorlight however? We cant see it.