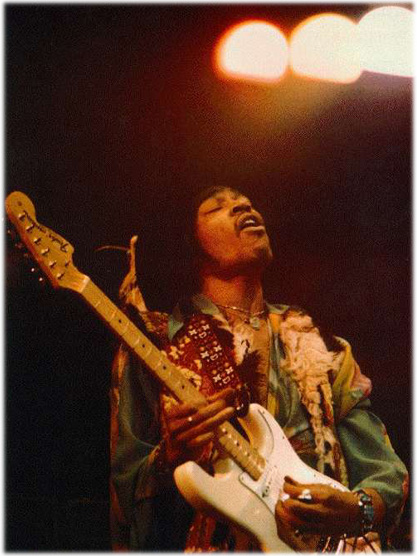 In an interview with the LA Times, the guitar burning rock idol’s stepsister Janie Hendrix said that not only will there be a new album released this year, named “Valleys of Neptune” (based on recordings made in the early months of 1969), but that much more of his back catalogue has been licensed to feature in the next version of the game Rock Band. For some this is enough to suggest a full out branding exercise after the manner in which the Beatles were splashed all over the previous edition.

The game’s creators, Harmonix, were more reserved in their statement to Joystiq;

“While we have not made any official announcements regarding Jimi Hendrix and Rock Band, we are excited to say that we are in discussions to bring more of his music to our platform,”