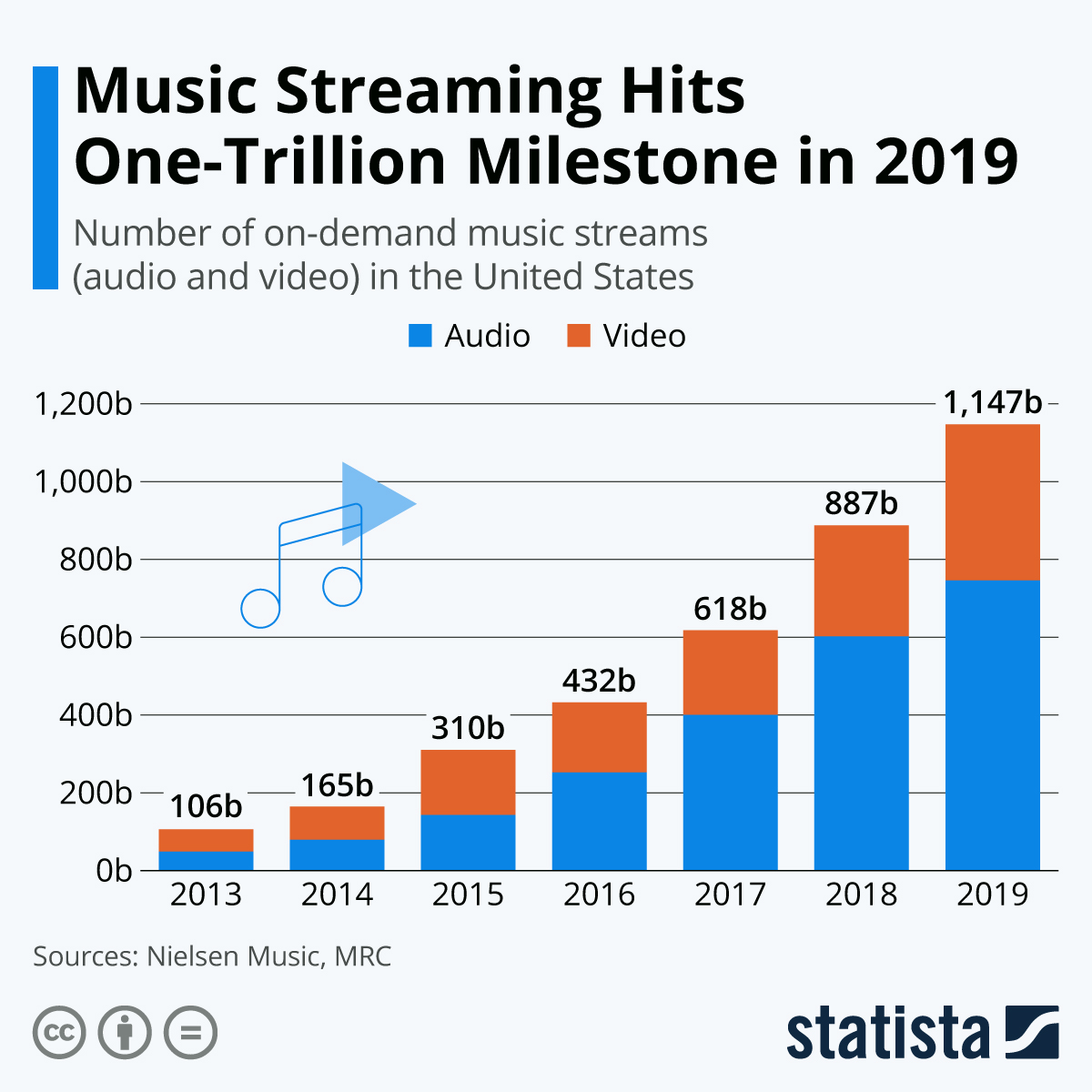 According to provider of music sales data Nielsen Music/MRC Data, the US streamed a total of 1.15 trillion songs by the end of 2019.

The end of year report comes from Nielsen Music/MRC Data, stating on-demand audio and video (such as music videos on YouTube) streams hit one-trillion on November 25th 2019, totalling 1.15 trillion at the end of the 12 months. This amounts to roughtly 3,500 songs per person in the US.

The report shows a 24% increase in audio streaming over 2018 to 746 billion streams, plus a 41% increase in video streams to 401 billion. Between 2013 and 2019, the US has seen music streaming increase more than tenfold. As the graph above shows, in 2015 the majority of music streams were made via video streaming, the same year Apple Music launched. Since then, milions of more consumers in the US and around the world have subscribed to services such as Spotify, YouTube Music, Pandora, Amazon Music, Apple Music, etc. In 2019, audio streaming accounted for around two thirds of all music streams.

Ad-supported and subscription streaming services currently account for around 80% of US music revenue, overtaking physical music and download sales some time ago.