With the coming of the new year brings the comeback of a brilliant band some of us may have
forgotten.

London Grammar brought out their epic brand new single at the beginning of the year and its something quite spectacular. This new powerful ballad is named ‘Rooting for You’ and really shows off the true power of lead singer – Hannah Reid’s voice.

Back in 2013/14, they managed to overcome the new music charts, winning many awards including the prestigious Ivor Novello Award for Best Song Musically and Lyrically with their single ‘Strong’. London Grammar are famous for their strong and powerful ballads, but this new single reveals how much they can really get out of their sound and after not releasing anything since ‘If You Wait’ in 2013, this new track has brought  London Grammar back to the front of all our minds. 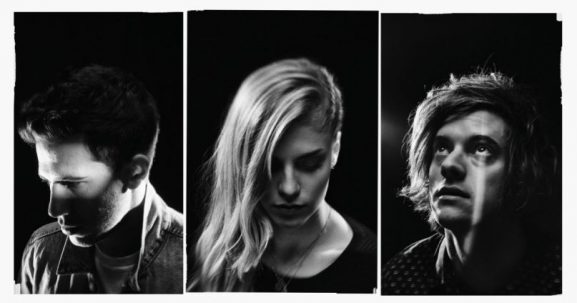 The instrumentation seems to be taking a step into the background while the vocals supply the full melody and power to song, it is also slower and emptier than much of there older material but this i think brings out their true talent in turning a small orchestra into a huge sound.

As much as this new single is a big powerful piece of music, it does miss the catchy hooks that may have propelled it onto the radio and with lots of new year releases such as Ed Sheeran’s ‘ Castle on the Hill’ and ‘Shape of You’, London Grammar will find it hard to break through and on to the charts.

So will this new stirring echoey sound be able to rock the music world like they managed to 4 years ago with their debut album, or will they struggle to compete with the catchy pop songs of the new generation ?