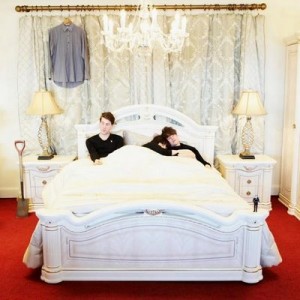 Monday morning eh? A whole week until you can have any kind of fun again. Well, why not wash those Monday-Moody-Blues away by checking out some (if not all) of the links below?

First up a really cool band who I’m sure will get your feet tapping, and get you through at least an hour of your otherwise dreadful morning. C.M Arnold & The Delta Breaks are a Southampton based ‘nu-blues’ band, which I’ll admit sounds like a good enough reason to ignore everything I’m about to say, but please, give them a chance. Their E.P All Hail The Songbird genuinely manages to drag the rather tired sound of delta blues into the 21st century with energy, imagination, charisma and extremely competent songwriting. The E.P can be listened to in full for free below.

All Hail the Songbird EP by CMArnold

Next, a punk band that might not be exactly to everyone’s taste, but still worth a listen if you’ve nothing better to do (and let’s face it, if you’re reading my drivel that’s likely to be the case!)
Electricity in our Homes (pictured above) are a band I came across via the splendid music blog Super Ace Blog. The are about as close to an organised shambles as I’ll allow a band to get before I completely discredit them. I have no doubt that they’re going to be a massive success and already have a pretty dedicated following. Jump on the bandwagon before everyone else does, and feel superior to them in 12 months time by listening to the track below.

And finally a bit of a metaphorical curve ball of a song. If you’re anything like me you’ll hate children but have the mentality of one, which makes this positively charming little ditty one of the most beautiful things I’ve heard in some time.

With that, I’m off to try and write some songs for children and make my millions.

Enjoy the remainder of your Monday.