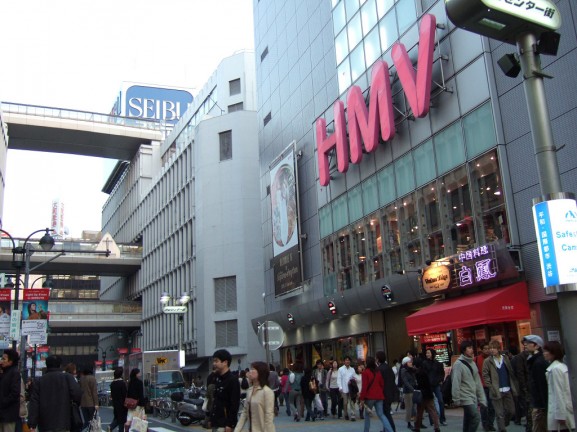 HMV Japan will be closing their flagship retail store in Tokyo’s Shibuyu district on August 22. This move really shows the collapse of the physical market, not just in Japan but all over the world.

The Shibuya outlet, opened in 1990, was the first HMV store in Japan and, with approximately 6,400 square feet (600 sq m.) of floor space, the largest. HMV Japan shut a Tokyo outlet in the busy Shinjuku district, located in the upscale Takashimaya department store, on Jan. 6, 2010. Forty retail stores will remain for HMV Japan after the August closures.