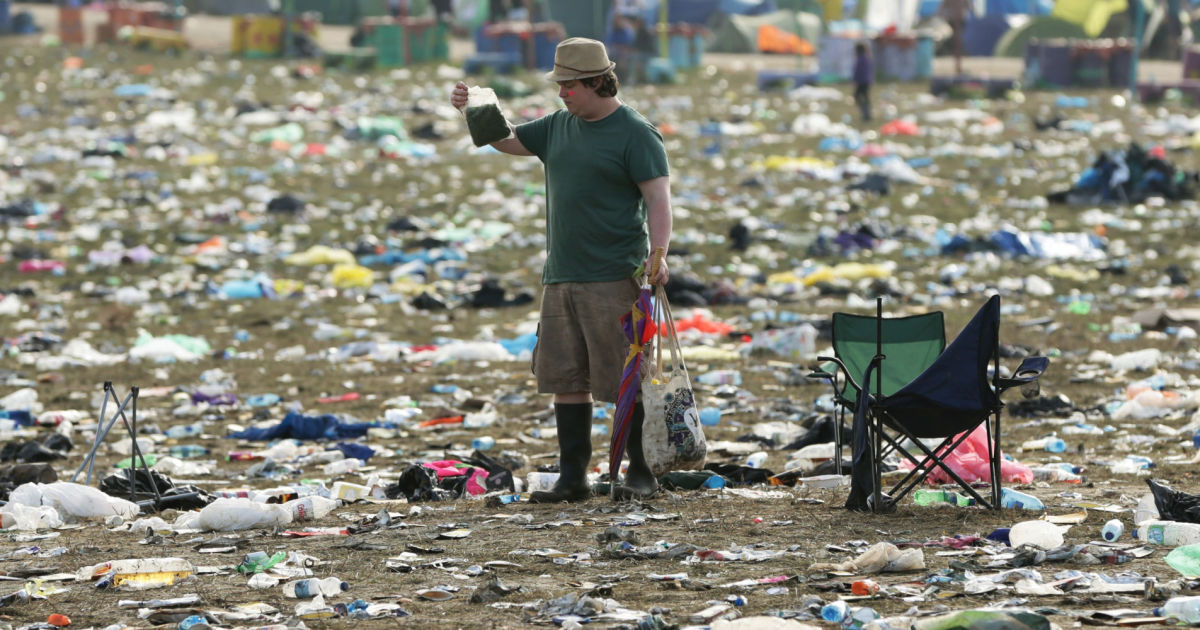 One of the world’s biggest festivals have pledged to eliminate plastic bottles this year over concerns about the levels of waste they cause as one festival.

This year will see Glastonbury ban all single-use plastic bottles from being sold at the giant festival. The move is part of a larger bid to reduce their impact on the environment as it has become renowned for fields strewn with rubbish of tents, cans, bottles, and litter.

The festival have reported that in 2017, visitors to Glastonbury went through 1.3 million plastic bottles. It has become a concern of Glastonbury co-organiser and the youngest daughter of it’s founder Michael Eavis, Emily Eavis.

Emily Eavis said: “Obviously we are all fighting the fight against plastic, which is an enormous task but well overdue and we need to make steps in the right direction. A vast amount of plastic bottles were gotten through and when you see images of the arena completely covered in old plastic bottles it’s quite haunting.

“We have been working on this during the year off. We spent a lot of time in 2018 working on the logistic side of all this, speaking to suppliers and market managers, area organisers. We are tackling drinking bottles at the moment, water bottles… and we are encouraging people to bring their own reusable bottle but there will also be reusable bottles available on site.”

Whilst it’s a great step in a much-needed direction they have been asked to continue their efforts to reduce their wastage issues. A spokesperson for Friends of the Earth said: “We’ve seen other festivals giving plastic-free the headliner status it deserves so we’d urge Glastonbury to carry on along the path to plastic-free bliss

“It’s time for all festivals to think about things such as food containers, cutlery and encouraging festivalgoers to ditch the plastic tat when thinking about fancy dress. It’s also important that festival kit such as tents are built to last rather than to be abandoned in a field after one use.”

In the past Glastonbury have banished plastic straws and replaced them with paper straws and they have moved away from plastic cutlery and plates so that everything dished out by food traders at the festival is compostable.