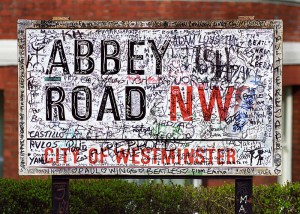 EMI (actually it’s parent the Gramophone Company) bought the house atNo. 3 Abbey Road in 1931, at the bargain price of £100,000 (around £20 million in today’s money) and turned it into a custom built studio complex capable of recording a full orchestra. The first of such being Sir Edward Elgar conducting the London Symphony Orchestra in recording sessions of his music. It is one of two that the company own, the other being Capitol Studios in L.A., and is most famous as the namesake of the Beatles album. Now it is being rumoured that EMI are considering the sale of the studio to help meet the financial targets imposed by the massive loan that their owners Terra Firma took out against the value of the company.