According to the latest chart update, Ed Sheeran has secured the longest running album at number one this year, beating Paolo Nutini’s Caustic Love. Ed Sheeran – X has sustained 4 weeks at the top spot, selling 367,000 copies in the UK alone.

Earlier in the year Sheeran saw another milestone, with all of his album tracks in the Top 100 at one time.

In the singles chart, new boy band Rixton saw their debut single ‘Me and My Broken Heart’ jump straight to number one. 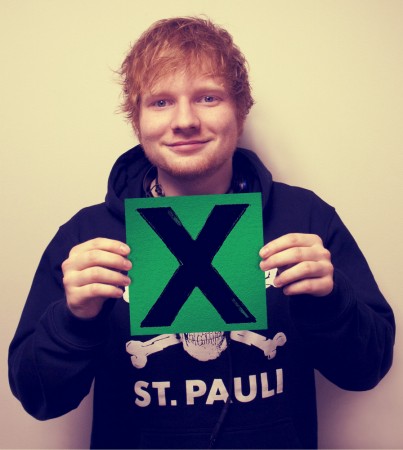