Collidoscope is the Dr. Frankenstein’s monster of music production made for up to 4 people, and it’s amazing.

A hybrid that combines visual sampling with a double granular synthesizer with which you can instantly record, chop and manipulate sounds. That is Collidoscope, the hybrid keyboard from the minds of researchers Ben Bengler and Fiore Martin at the Queen Mary of London Centre for Digital Music.

“Think of Collidoscope as a musical microscope that allows you to zoom into the sounds and explore their beautiful peculiarities, and in the next moment to play and perform your sonic discoveries like a musical instrument.” Bold claims that come directly from the researchers, but the reality is just as simple, unique and brilliant as they say.

With the Collidoscope’s simple recording through its gooseneck microphone and sample grabbing mechanic you can instantly explore a sounds nuances and turn it into something completely different. Using the slider you can edit how much of a clip to sample, which part of the clip to play and more all visually defined in waveform by its giant screen. It also features two 25-note keyboards from which you can control sample playing or use as regular mini-keyboard. 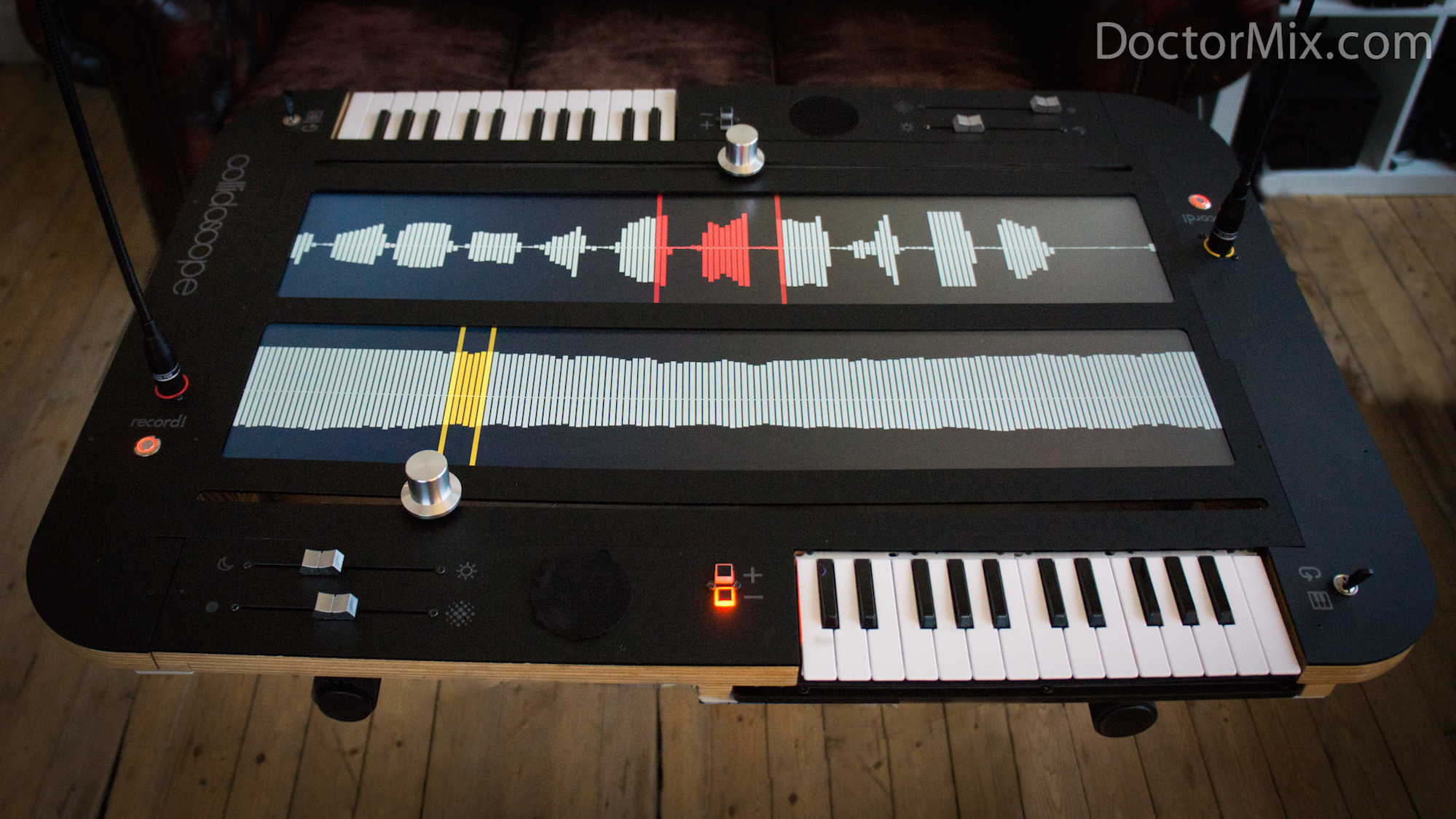 Beside the keyboards are two backlit octave navigation buttons for increased range as well as two additional, smaller sliders that “allow for the high passing of the sound and for the extension of the boundaries of the loop being played to its neighbouring audio material, fading in more of the audio sample without changing the rhythm of the loop”. Due to its impressive size and double-sided design it’s designed to be used by two people at once though it has the capacity to be used by up to four people, if you’re willing to get creative.

Collidoscope has been exhibited at Sonar+D 2015 in Barcelona and the Digital Design Weekend 2015 at the Victoria and Albert Museum in London. There are currently no plans for commercial release however Ben and Fiore say they’re “looking into where to go next with it”.

Create a Travis Scott-type beat free of charge with this awesome Travis Scott sound pack of over 100 samples.