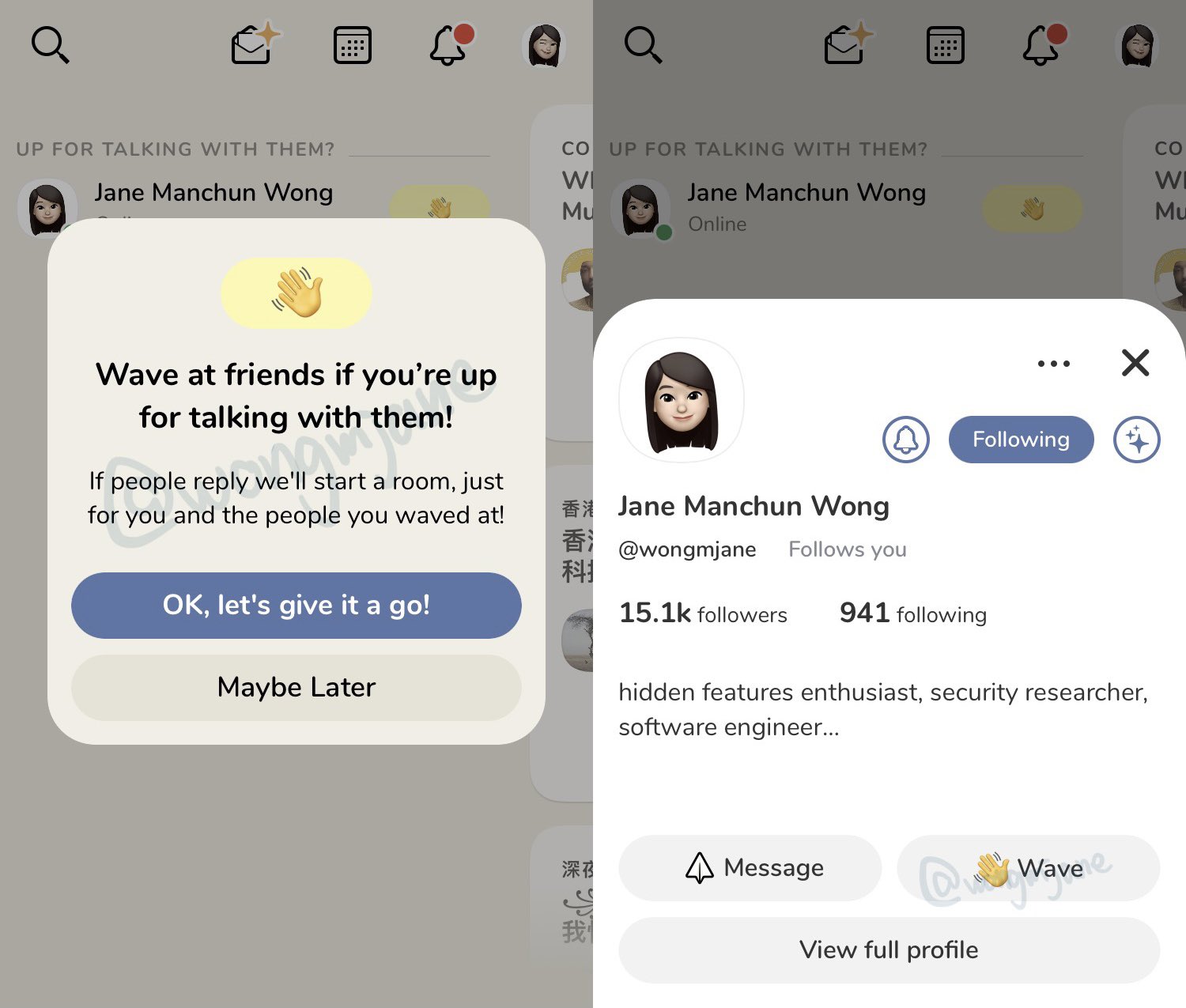 Source code found in the app, along with a Tweet from Clubhouse all but confirms a new ‘Waves’ feature in the social audio app.

Twitter’s best source of uncovering upcoming features on platforms such as Spotify and Instagram, Jane Manchun Wong finds a new feature in the back end of Clubhouse. The feature called Waves seems to be a new way to form and invite friends to audio rooms. Simply wave at a friend and once they’re ready to join, a room is formed when they reply.

Wong says this feature takes the pressure off friends needing to join immediately. It seems this feature will be for Clubhouse’s ‘social rooms‘, intended for intimate conversations with just those you follow, rather than publicly available ‘open rooms’. Two days after this Tweet, Clubhouse Tweeted the following. Notice the wave emoji and small print “obviously I am referring to Jane.”