Last week Beatport opened up their streaming service for anyone to upload their tracks for free. This was followed by controversy over the reveal of artist’s only being paid 5% royalties for all profits made by Beatport on user’s tracks.

Now Beatport has announced in a letter that it will be freezing all payments to artists whilst it’s involved in a “going private” process.

Read the letter sent to all artists on Beatport below: 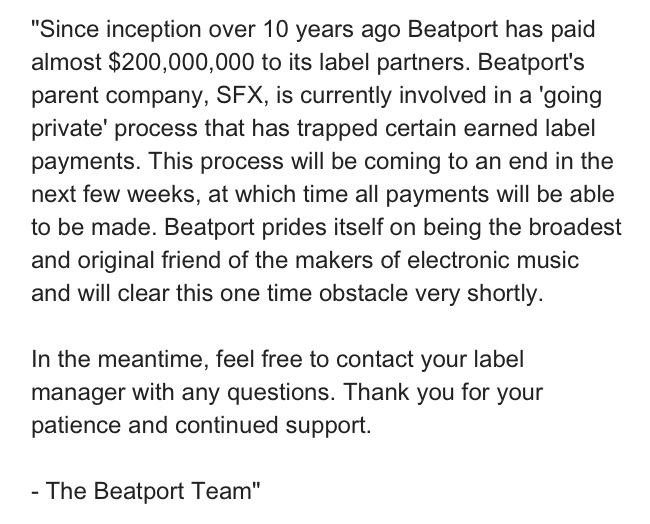