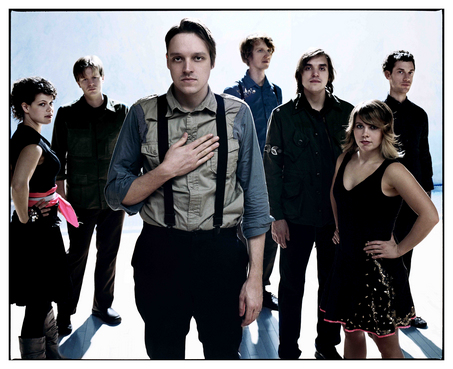 Arcade Fire have promised to donate $1million Canadian dollars to a charity set up in the wake of the Haiti earthquake – as long the public match their amount.

Appearing at a gig in Quebec, frontman Win Butler said the group would match $5 donations from the public with a figure up to $1m.

Only 28,000 of the 1.5 million Haitians displaced by the earthquake in January have been rehoused, reports the New York Times.

Finally, we have a band that are chucking out money for the causes in a real way. Too often we’ve seen bands turn up for these big profile charity events, only to expect pay cheques barely smaller than the ticket sales. Bono Is my favourite pop star to slate that is guilty of this. (check out No. 12 on this list of wally’s). Let’s hope that this is not a one off and it starts a solid and worthwhile trend.