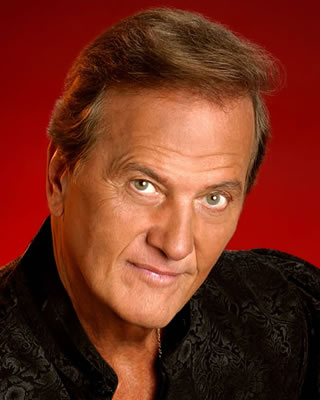 Considering Pat Boone’s Long Run of hit records between 1955-62, and with the fondness with which they are remembered, its a huge surprise that this was his only UK No. 1.

Pat Boone’s ‘I’ll Be Home’ was one of the few hits that Pat had alongside producer Randy Wood that did not in fact become No. 1 in the USA, and was, incidentally the only cover that the duo did together. Originally the song was done by R&B outfit The Flamingos and only made number four. For a time Pat was Elvis Presley’s closest rival and actually reached number one first.

“We’re both Tennessee boys and we got to know each other well” said Pat “I had to follow him on stage once  and I didn’t like following him out there with my narrow tie, neat button down shirt and white buck shoes, but I’d had a couple of hits so i was alright”.

With conscription still in the armed forces, many of the Ballads were for the servicemen abroad, the most successful being ‘You Belong To Me’ (Joe Stafford) and I’ll be Home (Pat Boone). Boone himself was a clean-cut American lad, a University graduate bringing up a young family with his wife Shirley, who was the daughter of country signer Red Foley. He moved to the UK in 1963 but his record label wouldn’t let him record a potential hit he heard from the Beatles, ‘From Me To You’. Pat and Shirley’s daughter Debby followed her parents into the business and enjoyed a US number one hit ‘You Light Up My Life’ which went on to become the biggest selling record in America of the Seventies.