Coachella is one of the biggest music festivals in the world but there’s still thousands of people left wishing they could go every year – So YouTube are bringing it to everyone.

YouTube have confirmed that they are the exclusive live-streaming partner for one of America’s biggest popular music festivals; Coachella. The giant festival is renowned around the world for it’s giant scope and eclectic line-ups of the biggest artists all around the world as well as loads of underground favourites.

This is the ninth year in a row that YouTube have exclusively streamed the world-famous festival to people around the world who couldn’t make it and want to watch some of the phenomenal performances there. This year their partnership gets even deeper as YouTube are the exclusive partner for playlists and live-streaming of both weekends, whereas before they only streamed the first weekend.

In 2016 YouTube made it possible to really put yourself there in the festival by making the majority of their performance videos virtual reality compatible. You can look around like you’re really there, and if you have Google Cardboard or a similar setup for 360° degree videos then you can put yourself in the crowd as if you’ve really flown all the way to California for it.

This year YouTube are also upping the ante with special offers on tickets to actually go to the festival. They announced: “Additionally, YouTube Music and YouTube Premium subscribers in the US will have exclusive access to a dedicated allocation of passes for purchase for each weekend. YouTube members will receive access codes via email on January 4 that provide the opportunity to purchase passes from a dedicated YouTube Music member cart, available while supplies last.”

So whether you’re a YouTube subscriber looking for a special pass, or you’re just going to enjoy it from the comfort of your own home; YouTube have you covered for experiencing one of the biggest music festivals of the year.

Here’s the ridiculously packed line-up for 2019: 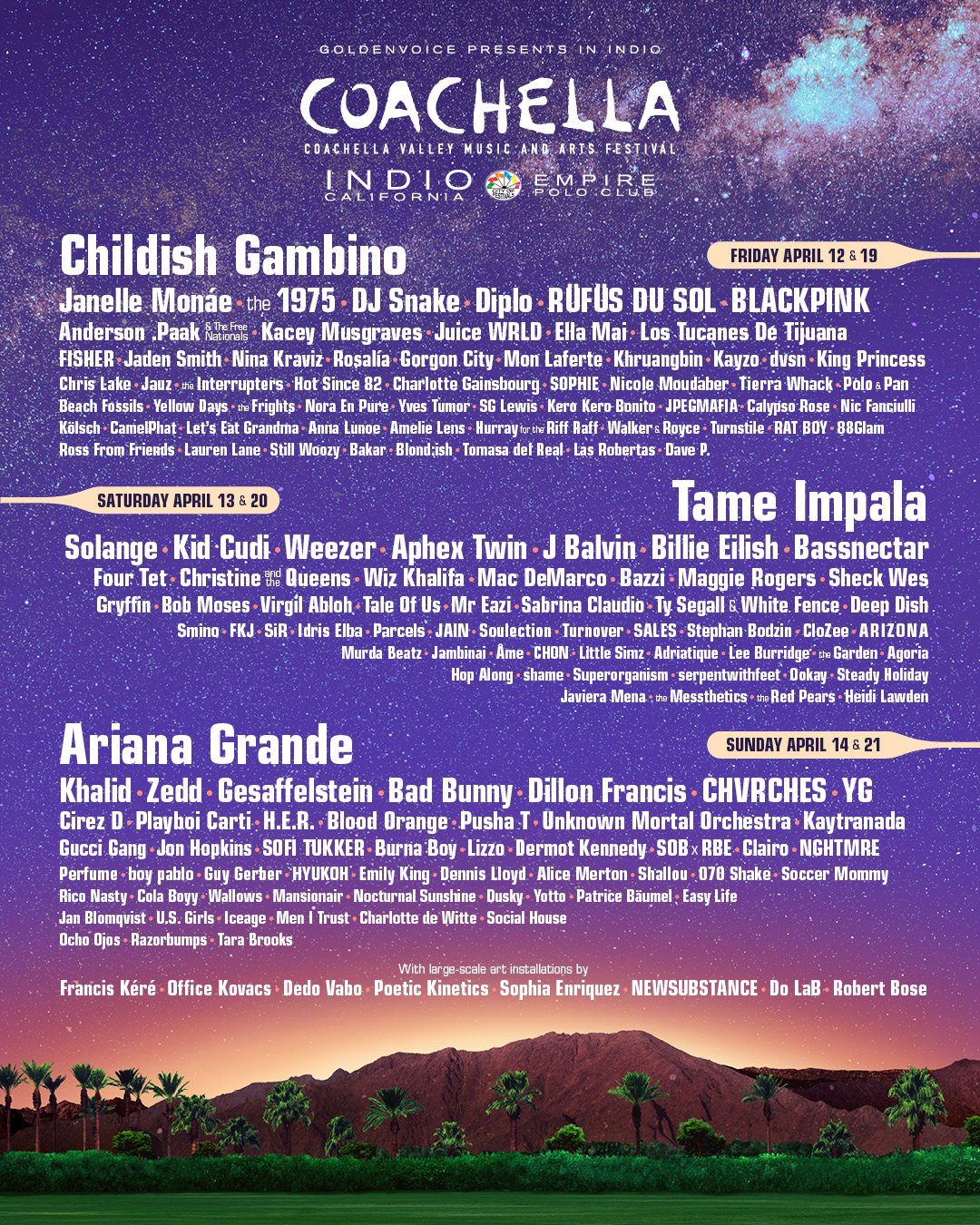 TikTok’s new features are designed to give parents control over how their young ones use the app including limits to how much time they can spend on it. TikTok have added new controls for parents…

Can you believe it’s been a whole 15 years since YouTube’s website went live? We’ve come a long way. February 14th, 2005. The internet was well established but still in the early days of much…