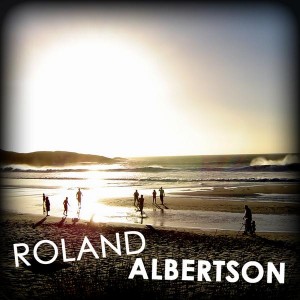 The world of singer/songwriters is an overpopulated but important place. At their best, singer/songwriters can engage with their audience on a level that artists of all mediums dream of, allowing them intimate understanding of their inner most thoughts and building meaningful relationships with millions, most of whom they’ll never meet.
Intimacy and personality are the two most important ingredients for any singer/songwriter. When such an artist decides that they need to form a band, these essentials are often neglected and replaced with needless, slick musicianship, leaving the final product sounding rather overproduced and artificial . Unfortunately, this is the fate that Roland Albertson’s Legends of the Sun seems to have suffered.

‘White Wednesday’ opens the album with a pleasant enough picked guitar riff before some gentle strumming joins in. The song then fails to go anywhere for about 4 minutes. Not a promising start.

The second track (embedded below) ‘Picking Up The Pieces’ sounds like a coursework submission for an assignment entitled “write a song in the style of Coldplay”, featuring the hugely annoying 3+3+2 quaver rhythm that Chris Martin and co use in seemingly every song they record and ‘that’ delayed electric guitar sound that haunts my nightmares.

My major criticism of the album is that it feels like a show-reel designed to demonstrate just how rich this chap could make someone and how many different styles of acoustic-pop he can flourish within, rather than a serious attempt at a cohesive work of art. The album reaches it’s most ludicrous low when the preposterously American ‘Find Your Own’ opens with the dreadful line “walkin’ down the road and I can’t see where I’ve gone”, sigh…

There are two stand out songs that I actually like and demonstrate that with a taste filter applied, this guy might be able to produce something far superior. ‘Hold my hand’ has a genuinely interesting and catchy melody with extremely tasteful accompaniment that compliments the frankly lovely vocals. The album’s sign off ‘Broken’ is the only song where you feel a real sense of intimacy and for a brief period I found myself believing that a human was singing a song to me, rather than some sort of music robot bleeping at bank manager.

Recently in a pub I overheard a conversation between 4 quite average looking examples of humanity, who presumably worked together in some sort of boring office that probably provided insurance for cookers or something equally ridiculous. They were bad-mouthing someone they worked with for not thanking one of the girls of the group after she sent an email on his behalf. They were all saying things like “no, it’s not on” and “no, you’re right, you shouldn’t have to put up with that”. Are their lives seriously that uncomplicated that this is a major issue for them? Why do I bring this up? Well, I think the world that these people live in is the world that this music is designed for, a world full of people doing trivial things that are uncomplicated, inoffensive, easy and provoking no other reaction than total indifference.

That’s not to say that this is ‘bad’ music, far from it. The musicianship is accomplished, the production is flawless and the songs are extremely well constructed. I can see that a lot of people would like this, I just can’t see that anyone would love it.

The album is available to buy here on iTunes and you can find live dates by visiting either his website or MySpace page.

Picking Up The Pieces by Roland Albertson

Spotify playlists are helping new and established artists worldwide amass massive numbers of streams online. The Mist That Surrounds by pianist and composer Jacob LaVallee is a classical instrumental piece from his album A Place…

Falling by Fets, Koosen & Green Bull get over 3 million streams in a month on Spotify

The track from Strange Fruits has made it way on to Spotify playlists with 1.5 million followers. Fets, Koosen & Green Bull seem to have found the perfect formula for gaining massive success on Spotify,…