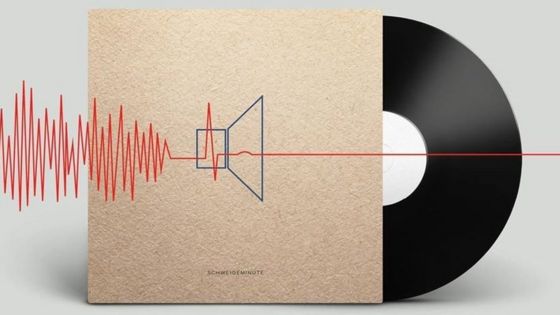 At the of top of the iTunes charts in Austria right now is the track “Schweigeminute (Traiskirchen),” Schweigeminute meaning ‘minute’s silence’ in German. And the track is just that, a minute song of silence.

Austrian artist Raoul Haspel created the track as a project born out of his frustration with the refugee policies of his government and the lack of improvement at the Traiskirchen facility. Haspel has said that he chose silence to counteract the on-going debate over the refugee crisis currently happening in Europe.

“Whenever there’s a conflict, or an extreme situation, the people who repeat their arguments just get louder and more intense, and they usually don’t help very much in solving the problem.” Haspel continues: “The people who stay more calm, who reflect a bit more; they have enough silence to hear their inner voice and they’re usually much more helpful.”

Haspel is using proceeds from downloads of “Schweigeminute” to benefit refugees at a camp in the south of Vienna, Traiskirchen, where roughly 2000 people are living in conditions that international agencies have described as “inhumane.” According to Haspel it’s too soon to tell how much has been raised by “Schweigeminute” but the track is available for purchase now from Google Play, iTunes and Amazon. Though major music stores take a commission of each track Haspel is hoping they will make an exception for his campaign – He has said if they don’t he’ll pay the difference himself.

Despite hoping his campaign could make a difference Haspel says that he never expected the response that he has seen, saying: “Imagine, a few people in tiny little Austria press on a button on their cellphone to create attention for this problem and days later half the world knows about. Imagine the possibilities.”

Apple Music want to lift the spirits of self-isolators as soon as they open the app with their quarantine content. Many companies and services are doing their bit to keep people happy and entertained whilst…

YouTube Music have added lyrics on their Now Playing screen to all of their iOS and Android apps. Sometime’s when you’re listening to a great song you just want to know what it is they’re…