There’s not much doubt as to the biggest announcement at this year’s AES Show in San Francisco. As widely rumoured, Avid have reversed their long-standing insistence on tying their Pro Tools software to their own proprietary hardware.

Heading the many eyebrow-raising features in Pro Tools 9 is the ability to make full use of third-party interface hardware using its ASIO and Core Audio drivers. In essence, all you now need to run any version of Pro Tools 9 is an iLok licence: any further Avid hardware is just optional. 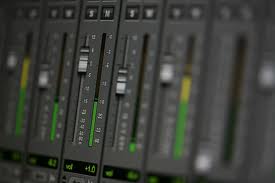 It part of the effort to simplify the Pro Tools product range, the previous LE and M-Powered versions have ceased to exist, as have some of the earlier add-on Toolkits. There is now but a single Pro Tools 9, with three options available (the URL below provides detailed comparisons of the new and earlier versions). The basic version replaces LE and M-Powered, and runs natively on Intel Macs with Snow Leopard or PCs with Windows 7 (earlier operating systems are no longer supported). This can be augmented by the new Complete Production Toolkit 2, which adds almost all the Pro Tools HD features that are not dependent on HD hardware. Pro Tools HD 9 remains at the top of the tree — but anyone with an HD 9 licence will now be able to install and run the application natively, again excluding only those features that require HD hardware. This opens up a wealth of new possibilities for HD users, most obviously the ability to record, edit and mix Pro Tools sessions on laptop computers with portable Firewire or USB interfaces.

There’s a lot more to the new release than that, however. Even the basic native version of Pro Tools 9 is now significantly more capable than previous LE and M-Powered releases. Many users have been clamouring for the inclusion of automatic compensation for processing delays caused by plug-in lookahead buffers and routing to external hardware and third-party DSP cards, and this is now standard in all versions of Pro Tools 9. And whereas LE and M-Powered offered a maximum of 18 inputs, Pro Tools 9 provides 32, whether using Avid’s own hardware or via ASIO or Core Audio. Basic track count has been doubled to a whopping 96 mono or stereo tracks, or 192 with the Complete Production Toolkit 2, and there are now 256 buses as standard.

Several other key features that were previously available in native systems only as expensive add-ons are now also standard. These include the full multitrack version of Beat Detective, file interchange using the OMF, AAF and MXF formats, MP3 export and the Timecode ruler. Meanwhile, the first fruits of Avid’s recent acquisition of Euphonix are apparent in the inclusion of support for the Eucon control protocol in all versions of Pro Tools 9.

The addition of the Complete Production Toolkit makes for what is undoubtedly the most powerful native version of Pro Tools yet, adding a number of features that have previously been available only in HD systems. The most notable of these are probably VCA groups, advanced automation and up to 192 audio tracks, but there are plenty of other additions, including support for Avid’s ICON range of controllers.

Pro Tools 9 should be available very soon — boxed versions are expected to ship by November 19th — and will cost £504.95 for the basic version and £1679.95 for the Complete Production Toolkit 2. Needless to say we’ll be reviewing it as soon as we possibly can!